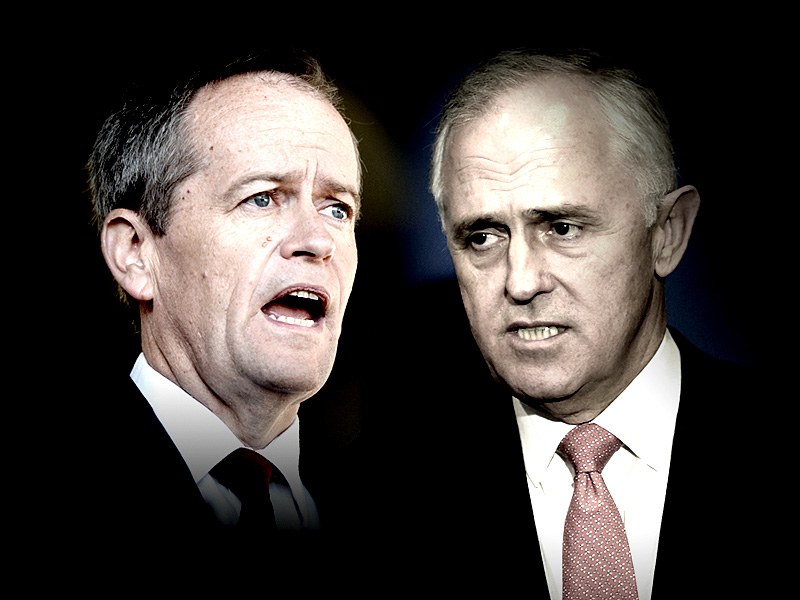 As counting continues in Election 2016 there has been a national swing of +3.27% to Labor, with wins also to the minor parties and independents.

While it is still too early to foreshadow a result, the nation could be headed towards a hung parliament or a razor thin margin for a returned Coalition government.

The ALP has made major gains in Tasmania while the government has lost seats in Queensland and NSW. Immigration Minister Peter Dutton has a fight to retain his seat, Jamie Briggs appears to have lost his seat to the Nick Xenophon party, and Kelly O’Dwyer in Victoria is in a close race.

Commentators are in agreement that any swing will not be uniform and that a result will not be known until late tonight.

Labor has claimed the nation’s ultimate bellwether seat of Eden-Monaro.

If the coalition wins the election it will be the first time Eden-Monaro was not held by the government since 1972.

Mr Kelly, who was a frontbencher in the previous Labor government before losing his seat to Peter Hendy, told supporters the campaign was won by reaching out far and wide across the community.

He also heaped praise on Labor leader Bill Shorten, calling for him to be retained as leader.

It comes amid speculation he could be challenged if the opposition loses the election.

“Bill provided the lightning rod, the leadership, the drive, the commitment, the will, the belief.

“He is a fine leader in the tradition of Bob Hawke and we need to hang on to Bill to continue to lead us in the future – he deserves that opportunity.”

Labor’s Linda Burney is packing her bags for Canberra after declaring she’s won the south Sydney seat of Barton.

The seat was won by the Coalition’s Nick Varvaris in the 2013 election but became a notional Labor seat after a redrawing of electoral boundaries.

Counting from 13 booths showed a four per cent swing to Ms Burney.

“Wonderful, wonderful,” Ms Burney told Sky News, as projections showed she was in position to take Barton with more than 10 per cent of the vote counted.

“There was some ugliness earlier in the day at the booths and the kitchen sink’s been thrown in the last couple of days”.

Ms Burton paid tribute to the “astounding” support shown by the community.

“I am grateful that I have been chosen as the member and I am sure Barton will be back in the Labor fold tonight,” she said.

Former cities minister Jamie Briggs has lost his South Australian seat of Mayo to the Nick Xenophon Team, but Sarah Henderson will keep the marginal Victorian seat of Corangamite.

“After a tough fight tonight hasn’t been our night, thanks to those who supported me and my best to the new member, it’s a great electorate,” he said on Twitter.

The slide in the vote for Mr Briggs was partly because of his fall from grace when he was forced to quit as a federal minister late last year after allegations of misconduct towards a public servant in Hong Kong.

He also had to defend his decision to send a photograph to colleagues identifying the public servant who lodged a confidential complaint about his behaviour.

It was clear the issue was still on the minds of some voters, with a woman confronting him after he cast his ballot at Stirling on Saturday.

“Do you regret sending that photo of that lady to everybody Mr Briggs. Do you wish you didn’t do it?” the woman said.

“Corangamite’s over,” the Liberal state president told Sky News while praising incumbent Sarah Henderson after more than 10 per cent of the vote had been counted.

Liberal MP Sarah Henderson, however, is “quietly confident” of retaining the seat.

“There is still a lot of pre-polls to come in but the signs are very, very good and looking positive,” she told Channel Nine.

The firefighters pay dispute between CFA volunteers and the Andrews Labor state government played a big part in the outcome in the Geelong area seat, where the Wye River bushfire caused devastation over Christmas.

“Frankly, what Daniel Andrews and Bill Shorten have tried to do – a union takeover of the CFA – is absolutely disgraceful,” she said.

Labor frontbencher Anthony Albanese conceded the CFA issue had had an impact on Labor’s performance in several Victorian seats, including McEwen, La Trobe, Ballarat and Bendigo.

But he said Ms Henderson had also been a very effective local member.

A Sky News exit poll on Saturday reveals 62 per cent of voters believe the Coalition will win, including 39 per cent of Labor voters.

But a Galaxy Research exit poll of 25 marginal seats, conducted for the Nine Network, shows the election is too close to call.

It shows there’s a swing to Labor of 3.4 per cent, which would give the opposition party 68 seats – short of the 76 needed to form a majority government.

Across the marginals, the Coalition’s primary vote is around 43 per cent, Labor 36 per cent, with the Greens on nine per cent. After preferences, its 50-50.

Senior Labor figure Anthony Albanese says it points to a good outcome for the opposition.

“We’ve been ahead in the polls for most of this term,” he told the Nine Network.

“I’m hoping to get my incoming brief as a minister tomorrow.”

The budget and economy came in third, followed by superannuation, negative gearing and building unions.

Former Liberal treasurer Peter Costello said the two issues the Coalition always leads on – the economy and border protection – weren’t being highlighted in the exit polls.

This could represent a potential “strategic mistake” for the Coalition’s re-election campaign.

“If you come out of an exit poll and you say `the issues I was most interested in were Medicare and education’, you are basically saying that Labor’s agenda was the predominant agenda rather than the coalition’s agenda,” Mr Costello told Nine.