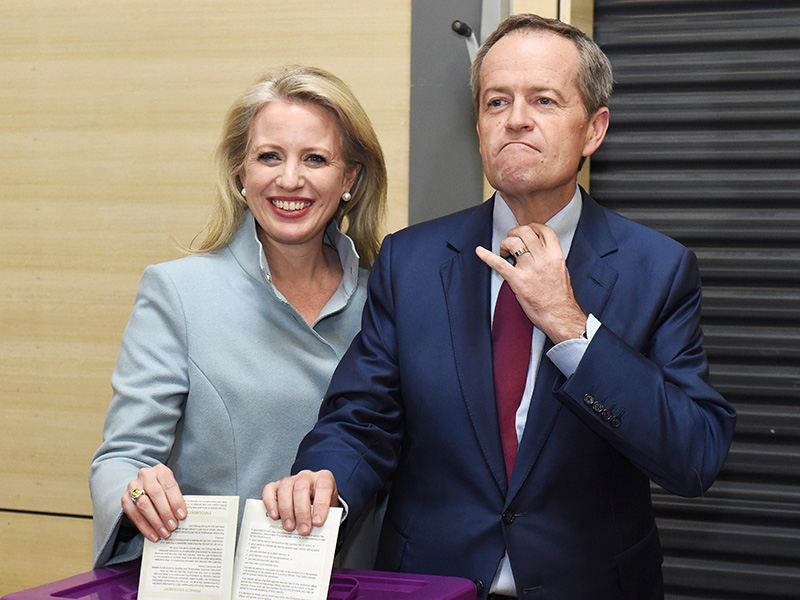 The recriminations have already begun. Watching the three free-to-air networks covering the tightest of tight elections, the knives were out.

In the first instance, a bevy of past and present Liberal heavyweights attacked Labor whenever they got a chance for its “dishonest Medicare scare campaign”.

The hide of them, really. Is that the reason the Coalition is struggling to form government? What happened to the superstar of last September, who was going to carry all before him?

These professional pollies are very selective in their high dudgeon.

Tony Abbott’s campaign against a carbon-tax-that-wasn’t, was a very effective distortion.

Whatever the reality about a carbon price being a tax, he accused then Prime Minister Gillard of lying – which she never was. A broken promise, sure. And Labor paid a huge price.

It’s the same price the Coalition is in grave danger of paying this time. It now faces the grave risk of it falling into minority status, or narrowly escaping it.

The broken promise at play in 2016 was all the conservatives’ own doing. Thank you, Tony Abbott. Thank you, Joe Hockey.

But what now for Bill Shorten? In a strange twist, his future as Labor leader seemed to play more on the minds of commentators and Liberal panellists than Malcolm Turnbull’s fate.

A win is a win. If the PM gets to govern in his own right, it will be by a very slender margin. If he forms a minority government, it will be a humiliation. And for that, two forces were at play: the straightjacket his party conservatives put him in and Bill Shorten’s guile, determination and risk taking.

It is clear many voters were prepared to give Turnbull another chance at being the “old Malcolm” – but it is far from certain the Abbott conservatives will allow it.

On the Labor side, surely Shorten deserves to remain leader and build on the firm foundation he has laid for the next election.

Shorten is now a better-known quantity. He has learned how to better communicate and he has shown an ability to connect with the concerns of ordinary Australians.

Labor may well rue its failure to come up with budget deficits matching the Liberals instead of topping them, but it is more likely the 19-seat gap and the residual respect many Australians had for Turnbull was always going to make it a bridge too far.

As the coals of the campaign are raked over, Australians can be grateful for the tone set by the Prime Minister.

Turnbull lifted the contest out of the bare-knuckle alley fight the previous two elections were.

Let’s hope, in this term, we don’t see a regression by either side.