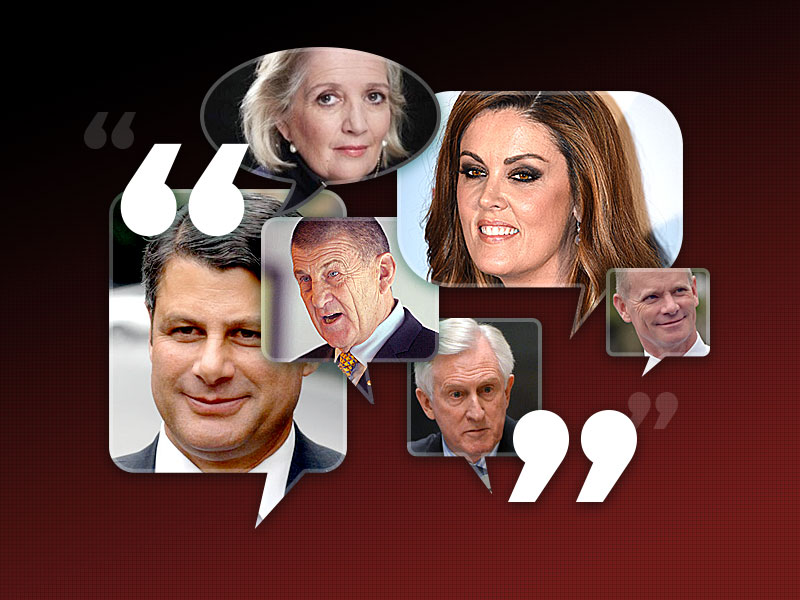 As Australia prepares to go to the polls on Saturday, most of our political experts agree on one thing.

They say Opposition Leader Bill Shorten has performed surprisingly well during the eight-week election, against an opponent with enviable personal popularity in Prime Minister Malcolm Turnbull.

Despite their praise, no one thought Mr Shorten had done enough to secure a Labor victory.

Does that mean Malcolm Turnbull is a shoe-in to lead the Coalition to a clear win? Not necessarily…

“I believe it will be a Coalition win.”

“They set out a clear strategy to keep the election contained to a debate on the economy and who had the better economic plan.

“The Coalition campaign team ruthlessly kept to that strategy.

“To give credit where it is due, Bill Shorten played a strong tactical game.

“He campaigned well on the ground, but strategy trumps tactics every time.”

“I think the most likely outcome is a hung parliament.”

“Coupled with what’s happening in New South Wales with Rob Oakeshott and Tony Windsor, particularly Oakeshott who looks like he might win.

“With Cathy McGowan winning, the Greens holding a seat in Melbourne, then Tasmania is likely to be interesting again.

“So that, plus 12 or 13 seats for Labor, it is likely to be a negotiated matter and I doubt we will know [the outcome] on the night.

“It’s not certain that all the independents and minors would go to Labor, it’s still up in the air.

“I wouldn’t know how Xenophon would negotiate, for example, and I don’t think anyone does really.”

“But it is very hard to read because of unpredictability in South Australia and Western Australia, in my view, plus the minor parties, independent and the Greens have not moved much.

“Labor and Liberals have been going up and down too.

“If you look at it, Xenophon could do very well in South Australia and may win a couple of lower house seats and three or four senators. WA is a hard one. There is a very anti-Colin Barnett mood.

“If there is a swing on, Labor could clean up a number of government seats in WA.

“Turnbull will probably be returned but with a bigger crossbench in the Senate.

“It’s been an unexciting campaign and the electorate hasn’t engaged very much. Masterchef, The Voice and House Rules got more viewers than the first leaders debate.”

“Malcolm Turnbull will just get across the line.”

“My overall view is that the Coalition will win but will lose up to 10 seats.

“At the end of the day Bill Shorten’s scare campaign on Medicare has ended up backfiring.

“Because it was executed two weeks out as opposed to one week, I think that it gave enough time for it to be kicked and chewed around by the public, the media and the Coalition.

“There has been a slow “aha!” moment on the Medicare campaign, where people gave realised well that’s not exactly right.

“He is not telling the truth on it.”

“My best prediction is a hung parliament.”

“Maybe with the LNP coming out with a small majority.

“This will enhance Shorten (who has run a surprisingly good campaign) and diminish and weaken Turnbull.

“Given his messages in the last week of the campaign, you can see this is the result he fears too.

“All the polls have had it pretty neck and neck throughout the whole eight weeks, but, as was true of Brexit, there remain many who are undecided – particularly, for the Australian election, among women voters.

“Hardly surprising, since we barely rated a mention by either side.

“The ALP is likely to benefit from their vote because women generally vote in favour of generous education and health policies over economic austerity.”

“The Coalition will win the lower house comfortably.”

“The public are not out there with a baseball bat attacking any side of politics, particularly the government and that will play to them.

“You will find in Victoria they will be lucky to win a seat based on the CFA saga, the Coalition might actually pick up some seats there.”

“Three seats in South Australia are under attack for Labor, they will not do as well in Queensland as they thought.

“The Coalition will win by 10 seats or more. A comfortable majority.

“The upper house will be a schmozzle. There will probably 15 independents and cross benchers I would say. It will be an ungodly mess.”

“The Liberals and Nationals coalition will win more seats than Labor. But it will not be enough to command a majority in the House of Representatives.”

We ask the experts: Who will win the election?