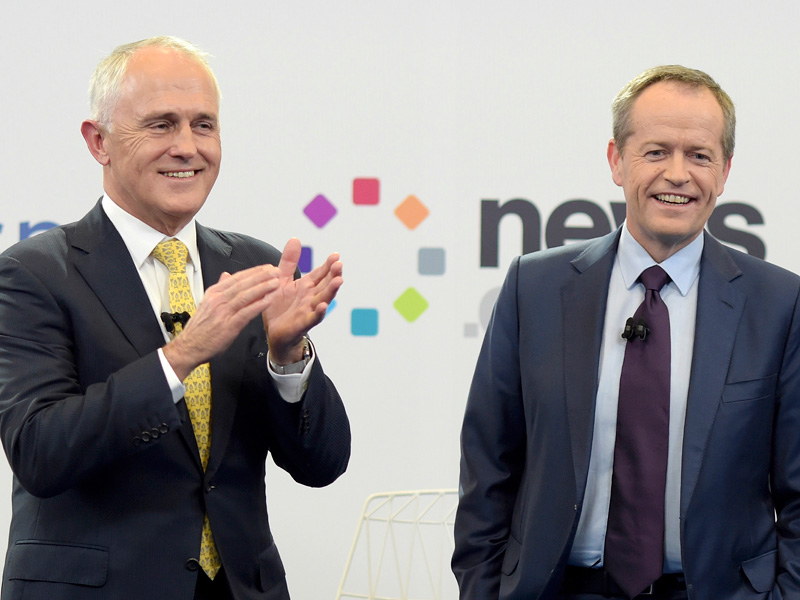 Prime Minister Malcolm Turnbull has told us “there has never been a more exciting time to be an Australian,” but to participate in the excitement, working-age people need to have a job.

Former Treasurer, Joe Hockey, famously commented that anyone wanting to buy a house in Australia should “get a good job.”

But good jobs are hard to come by and the unemployment figures don’t paint the full picture of the job market.

But many people have less work than they want.

While about 225,000 jobs were created in the year to May, only 65,000 were full time, with 160,000 being part time according to the Australian Bureau of Statistics. That means full time jobs are growing at only 0.8 per cent, while for part timers it’s 4.4 per cent.

Some are eager for more

The ABS reports its “underutilisation” rate of people who would like some, or more, work, at 14.2 per cent. It’s been flat in recent times but eight years ago it was 10 per cent.

Even many of those with as much work as they want probably aren’t feeling too prosperous, as wages are inching forward at a record low rate.

If you’re in the public sector, wage growth is 2.5 per cent officially and as much as 3.5 per cent by some private economists’ calculations. In the private sector it’s 1.9 per cent.

So, despite government emphasis on private sector “jobs and growth” as the driver of its economic policy, the action seems better in the public sector.

That’s where the demand is strongest for workers too, with ABS job vacancy figures for the year to May rising 30 per cent in the public sector, while in the private sector it’s a paltry 8.1 per cent.

So how could the major parties influence the job market?

The Coalition has made a strong pitch to boost private sector jobs, with the centrepiece of its electoral pitch a $48.2 billion company tax cut to be rolled out over 10 years.

First up it will cost $2.7 billion and be pitched to small business, (up to $10 million turnover), dropping the tax rate to 27.5 per cent and applying to 60,000 businesses initially.

There’s also a $1.1 billion pitch to the future, with an innovation strategy over four years that gives tax incentives to investors to back smart (mostly) young entrepreneurs and makes crowd funding easier.

Labor has policies supporting hi-tech and technical education and training, a boost for apprenticeships and some measures encouraging startups with a $500m investment fund.

It will also cut small business tax rates but only for those turning over up to $2 million as well as a $20,000 tax deduction for employing up to five new employees.

There are also promises on infrastructure projects including road, rail and air transport across the country.

Labor supports and will continue the Coalition policy on submarine construction. It will also implement a $70 million transition program for manufacturing to deal with the closure of the car industry by the end of 2017.

Labor’s promises will be partly funded by a $16.5 billion spending boost above Coalition levels over four years.

What’s in it for me?

• Small business: the Coalition boost to small business should see a rise in job opportunities there because its tax measures are far bigger than Labor’s. That’s significant as the sector employs 44 per cent of Australian workers.

• Manufacturing: some jobs will be created through the defence and job transition measures on offer. But the sector could lose up to 200,000 jobs with the demise of the car and related industries.

• Hi-tech and startup: there will be benefits here from both policies . Labor’s startup fund will be a long term influence while the Coalition spending promise may have more immediate effects.

Which party will deliver on jobs for you?