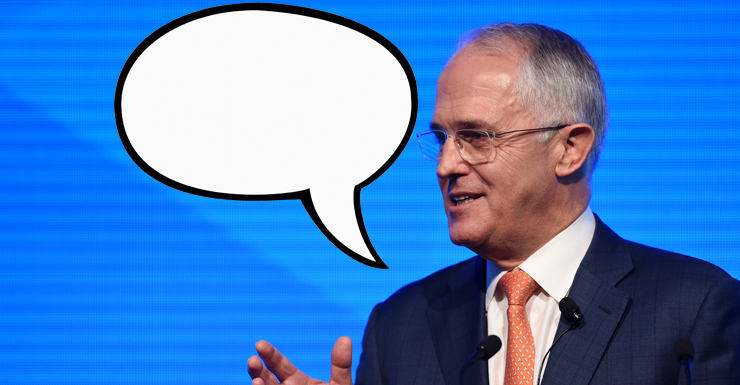 The words that a politician utters during an election can be the most memorable of their career.

“This is the sweetest victory of all,” Paul Keating famously told ALP supporters on election night in 1993 after winning the unwinnable election. “This is a victory for the true believers.”

Ahead of the 2007 election, Kevin Rudd labelled climate change the “greatest moral challenge of our time”. It resonated with voters who were suspicious of John Howard’s willingness to act on it, but when he later abandoned his promise of a carbon pollution reduction scheme it became a nail in his political coffin.

• Your complete guide to the 2016 election
• The seats that will decide the next government
• Not sure who to vote for? Read this

See if you can remember who said this at his campaign launch in 2001.

“We will decide who comes to this country and the circumstances in which they come.” That’s right — it was Howard.

On Saturday night, Prime Minister Malcolm Turnbull will address the nation. If it is a victory speech he will laud the efforts of his opponents, promise to work for all Australians — “Yes, even those miscreants who didn’t vote for me” — before thanking his staff and family.

Bill Shorten and his speechwriters are busy polishing a speech they hope will herald a new era of Labor government, but for him and Mr Turnbull a concession speech remains a possibility. Amid the rubble, one of them will muster the composure to say nice things about the person who has just crushed their ambitions. So close and yet so, so far away.

But this is a democracy and in a democracy everyone gets a say. Here is your chance to write the election night quotes of the Prime Minister, the Opposition Leader, Barnaby Joyce, Bob Katter, Julie Bishop or any other politician who might have something to say after the election has been run and won.

Here’s one to get you started.

Tony Windsor: “And finally to Barnaby Joyce — all the best for a long and happy retirement, mate.”

Leave a comment below stating the name of the politician and what they said. While they say there’s a novel in everyone (and that’s where it should stay), this is your chance to be a political speechwriter for a night. Go ahead. Do it for the nation.

What the leaders will say on election night