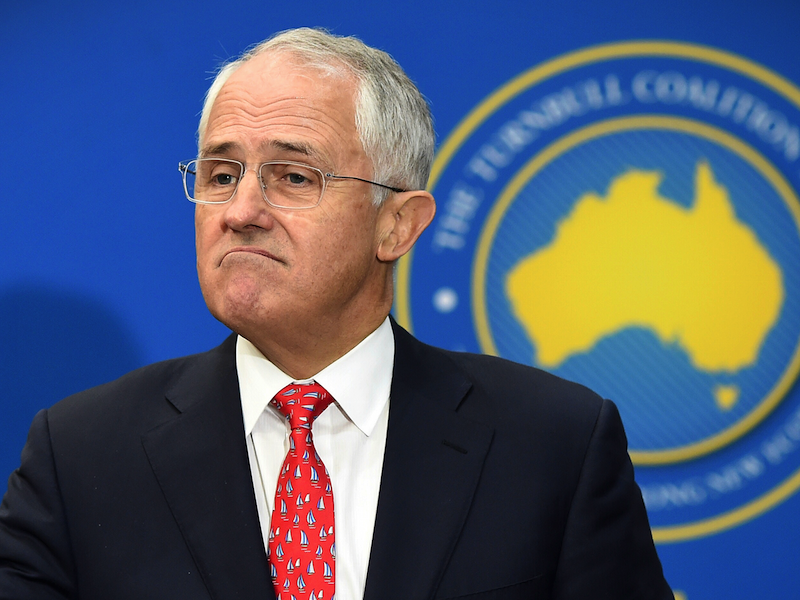 There is a colossal contradiction at the heart of the Coalition’s economic plan for the nation.

On the one hand, Prime Minister Turnbull and Treasurer Morrison say a cut to the company tax rate is the best way to boost investment, jobs and growth.

On the other, they have dug in against reforming negative gearing and the capital gains tax discount – two market-distorting policies that have channeled vast sums of capital away from job-creating businesses and into the housing market instead.

How vast are those sums? The chart below will give you some idea. Look in particular at the inflection point around the year 2000, when mortgage lending overtook lending to businesses.

Back in 1999, the Howard government changed the way capital gains were taxed, converting an inflation-linked discount into a flat 50 per cent discount.

That tax change by itself was not enough to skew capital flows – it combined with already existing negative gearing tax breaks to create a turning point in the way Australians borrowed and invested.

Within a few years of that tax change, its dramatic effect on investment patterns was already becoming clear.

And one of the most astute descriptions of the problem at that time came from then back-bench MP Malcolm Turnbull.

He wrote in a 2004 discussion paper: “The concessionary taxation of capital gains encourages people to invest in a manner which turns income into capital and, as in the case of negative gearing, allows them to deduct income losses at, say, 48.5 per cent, and then realise gains and pay tax at effectively half that rate.”

Quite right Mr Turnbull – the Howard government had made an almighty mistake. Before the CGT change, business borrowing in Australia (the red line above), was higher than the total stock of housing debt. Afterwards, it quickly lagged.

Borrowing from Australian finance houses is not the only way companies raise money, of course. They can raise equity from shareholders, and larger firms can issue corporate bonds.

But all things being equal, in a balanced economy business borrowing would not have fallen away as it did while household debt romped ahead.

The post-1999 tax regime strongly encouraged investors to plough money into ‘safe’ houses, rather than find homes for their money in productive assets.

And that’s the key point – flipping the same residential house half a dozen times, and attaching ever-larger mortgages to it, does not create ‘jobs and growth’ except for real-estate agents and mortgage brokers.

It’s an issue that in the dying moments of this election campaign is getting attention from many quarters – notably Waleed Aly’s high profile analysis on last night’s The Project – especially for the social impact it is having on a “generation of renters”.

#TheProjectVotes on housing affordability & who has the best policy #ausvotes #TheProjectTV | by Waleed & @twhittyer https://t.co/AWUSMWfsmG

For years Labor was just as weak as the Coalition on this important reform. It did not have a policy to change these laws until February this year.

But once it announced its reform – reducing the 50 per cent CGT discount to 25 per cent, grandfathering all existing negatively geared properties, and allowing only brand-new properties to be negative geared in future – it was heavily attacked by the Coalition and by the vested interests in the real estate, property development and mortgage lending sectors.

Prime Minister Turnbull’s backflip on this issue has been nothing more than brazen politicking.

The PM has put aside his otherwise solid understanding of economics to claim repeatedly that Labor’s reform would take a “third of the buyers out of the market” for established homes.

That statement, repeated by the Treasurer, is unmitigated rubbish.

Many renters, currently squeezed out of the market, are itching to replace investors at auctions, but their borrowing would not sustain double-digit house price growth seen in many capital city areas – an unequivocally good thing for housing affordability.

Owners of existing negatively geared homes would enjoy their tax breaks as long as they choose not to sell the property.

Future investors wishing to use the negative-gearing and CGT routes to ‘get ahead’ would be able to do so by shifting their borrowed capital into buying and building new properties – again, good for housing affordability.

And some investors, frustrated by this change to the housing markets would look elsewhere to invest their money.

Now where else might it be deployed? Oh yes, in businesses that actual create jobs and growth.

A monstrous imbalance in the Australian economy would, under the Labor reforms, start to be gradually unwound – with the added benefit of removing one of the great structural holes in revenue base of the federal budget.

There are many important economic objectives at this moment in time – budget repair, under-employment, youth unemployment, improving infrastructure and the possible need for fiscal stimulus in the near future.

But the negative gearing and CGT distortions have run far enough. They constitute the number one economic issue the federal government can address, because together they would improve capital allocation and ‘jobs and growth’, and make the tax system more equitable.

It is shameful that the Coalition has vacated the pitch on this crucial issue, and has instead passionately defended a market-distorting system of tax lurks that utterly contradict its own ‘jobs and growth’ mantra.

The contradiction in PM’s economic plan