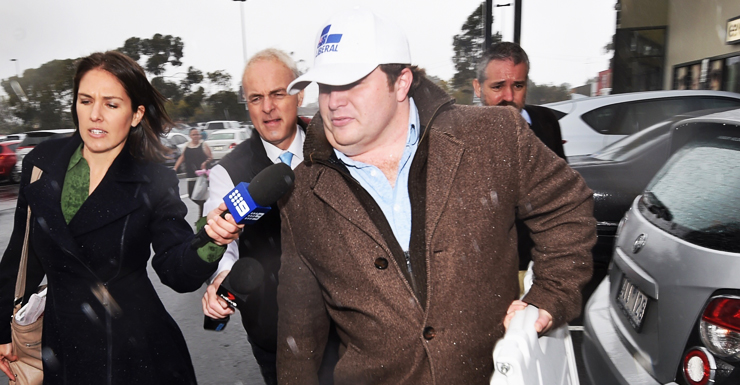 The Australian Electoral Commission (AEC) is considering whether a Liberal Party candidate has broken the law, after it was revealed he did not live at an address he was enrolled in for the 2013 federal election.

Chris Jermyn, the Liberal candidate for the marginal seat of McEwen, registered to vote in 2013 using an address on a vacant block of land in the Victorian town of Christmas Hills.

Australian Labor Party national secretary George Wright wrote to the AEC in response to an article published by Fairfax Media earlier this month.

“The article alleges that the Liberal Party’s candidate for McEwen Mr Chris Jermyn, ‘may have broken electoral laws by claiming he was living in a house that didn’t exist,'” Mr Wright said.

“In the event that this allegation is established, there is the potential that Mr Jermyn may have made a false or misleading statement to a Commonwealth entity, therefore breaching the Criminal Code Act 1995.”

Mr Wright requested an investigation to reassure voters in McEwen that “one of the candidates they may consider voting for shall not subsequently be the subject of a police investigation leading to a potential removal from office on the grounds of eligibility.”

In a reply obtained by the ABC, AEC Commissioner Tom Rogers said the issue was being examined by electoral officials.

“I can advise that the AEC is aware of the allegations that were published in the media about this candidate,” Mr Rogers wrote.

If an investigation is launched by the AEC, and the allegations have merit, it could then be referred to the Australian Federal Police to determine if any charges should be laid.

The seat of McEwen, on Melbourne’s northern outskirts, is held by Labor MP Rob Mitchell on a margin of 0.2 per cent.

Mr Jermyn made headlines early in the campaign when he attempted to ambush the Opposition Leader Bill Shorten during a visit to his electorate, but declined to outline his party’s policy on Medicare.

Under the Commonwealth Electoral Act, a person convicted of knowingly making a false statement in relation to the roll could face a prison term of up to six months or a fine of up to $1,000.

In a statement, a Coalition spokeswoman said Mr Jermyn resided overseas during much of 2013 and enrolled at an address in the McEwen electorate before he left Australia.

“Section 94 of the Act clearly states that a person may remain on the roll and vote, for up to six years, at their enrolled address prior to leaving Australia,” the spokeswoman said.

“During this time he used his parents address as a mailing address.”