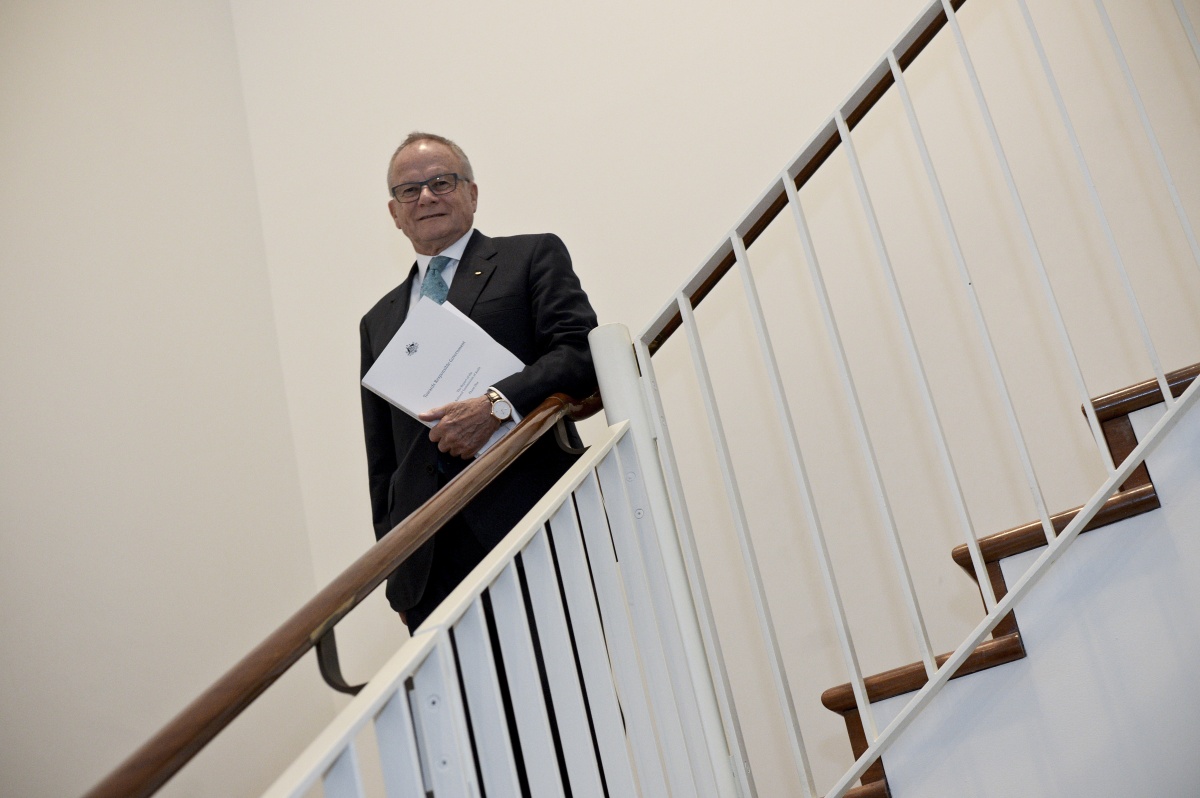 Opposition’s claims that the Government plans to privatise Medicare are a “gross misrepresentation”, according to the businessman who chaired the Coalition’s 2013 Commission of Audit.

The claims of a Labor overreach have also been backed by Australia’s peak doctors’ body, the Australian Medical Association.

Labor has continued to accuse the Government of having a secret plan to privatise Medicare’s payments system, forcing Prime Minister Malcolm Turnbull to emphatically rule out any outsourcing of Medicare’s functions.

In his 2013 report, Tony Shepherd recommended that the Government outsource its whole system of payments, including Medicare’s.

Mr Shepherd told Lateline that outsourcing the upgrade of the “clunky”, 25-year-old system is not privatisation.

“I think that is a gross misrepresentation. I think that is really stretching it, I mean governments outsource a lot of their operations in that back office space already. It’s not privatisation,” he said.

“Outsourcing operations of government with the government retaining 100 per cent control is not privatisation, that’s just a bit more efficient method of delivery.”

“It is about 25 years old and it’s a legacy system. It can’t cope much longer with making $450 million worth of payments everyday of the year,” he said.

“It has to be rebuilt. There is no doubt about that.”

He told Lateline consumers would suffer if the system was not rebuilt.

“Who suffers in this is actually the consumer because the system is old and clunky and takes time and makes mistakes because we get a bit of fraud on the side as well,” he said.

Mr Shepherd also said it was disappointing that the Government was not pursuing the introduction of a Medicare co-payment.

“The bottom line is our budget is out of control. With an aging population, incredibly increasing aged costs, health costs, aged care costs, aged pension costs, NDIS, we cannot afford everything we’ve got on the table,” he said.

“We’re in deficit as a result of that and we’re borrowing money now to meet these new payments, leaving a debt to our children and grandchildren. Grossly unfair. So we have to do something.

“I think a modest co-payment for people who can afford it, I think is a sensible thing.”

The new head of the Australian Medical Association has dealt a blow to Opposition Leader Bill Shorten’s claim the Government wants to privatise Medicare.

Mr Shorten’s assertion is based on the fact the Government is considering outsourcing what Dr Michael Gannon has dubbed Medicare’s “antiquated” and “rusty” payments system.

He said privatising the payments system “in no way” amounted to privatising Medicare, as Mr Shorten has claimed.

“I’ve never seen, and nor do I see, a proposal to potentially privatise the payments system as … a way to privatise Medicare,” Dr Gannon said.

“The evidence just doesn’t stack up.

“We also understand how important Medicare is to voters and that’s why it’s such a potent claim from the Labor Party but the AMA will always call governments to account, they will call oppositions to account.”

Dr Gannon added he was pleased with “numerous” elements of Labor’s health policy.

“Most noticeably unravelling the freeze on patient rebates,” he said.

Dr Gannon — the head of obstetrics and gynaecology at St John of God Subiaco Hospital in Perth —took over the reins of the AMA in May from Sydney neurosurgeon Brian Owler.

Dr Gannon said he would respond to policies from both sides of politics on merit.

“The AMA should look at things issue by issue, focus on the health,” he said.

Labor victory fires up Tamil family’s hopes of return to their Biloela home
Perth residents urged to play it safe as massive storm rolls across region
Joe Biden says he’s not fussed by North Korea’s rumoured return to nuclear tests
ACTU hails Labor’s triumph as the first step to pay raises
Analyst: Sharemarket will be anxious about a Labor pact with Greens
French foreign minister hails defeat of Morrison and his ‘notorious incompetence’
Another Lib candidate under fire
Today's Stories