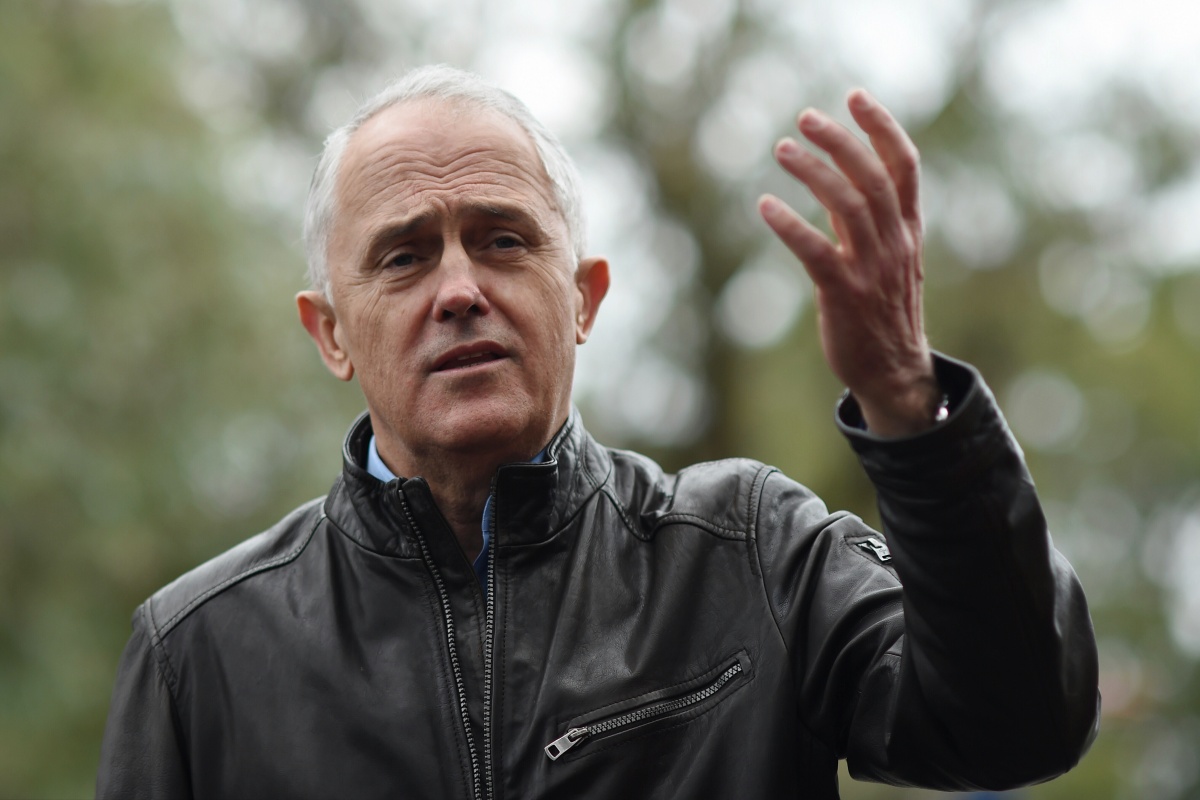 Mr Turnbull insisted he had “no complaints or criticisms” to make about the Brethren after it was revealed dozens of its members donated more than $67,000 to the Liberal Party on the same day in December 2010.

“I’ve got no criticisms or complaints about that organisation,” he told reporters in Melbourne on Saturday. “As you know, everybody is free to make political contributions.”

Mr Turnbull also insisted the Coalition was being “massively outspent” by Labor.

The donations were revealed as part of the NSW Independent Commission Against Corruption’s inquiry into Liberal Party funding.

According to Fairfax, the donations in question were made by known Brethren members to the Party’s alleged slush fund, the Free Enterprise Foundation, and all appeared on a document labelled “Friends”.

The Exclusive Brethren, which was recently incorporated into the umbrella group the “Plymouth Brethren Christian Church Limited”, is a Protestant church.

Members of the group practise a separatist doctrine and are not allowed to socialise or eat with others, or to vote in elections.

Members of the group have a history of political involvement, with former Prime Minister John Howard admitting he met with them in 2006.

Then opposition leader Kevin Rudd criticised Mr Howard for his relationship with the Brethren, describing it as “an extremist cult and sect”.

In response, Mr Howard said: “I do not deny for a moment I have met with members of the Exclusive Brethren, and why not? They’re Australian citizens, it’s a lawful organisation.”

Although members of the notoriously secretive group do not vote, some of its members have not been shy in lobbying governments in Australia and around the world.

The church itself claimed on its website it had never made donations to any political party, but admitted: “At times, church members have exercised their democratic right to make public statements or donations to individual politicians, this is their own matter.”

Members of the church are often not permitted to socialise widely outside of the church and shun technology including television and radios, citing the difficulty of “filtering” content.

The church has a strong stance against homosexuality. It also enforces a rule requiring women members to wear head scarves at gatherings.

“Scripture enjoins that every woman praying with uncovered head causes herself shame and for this reason Brethren women wear head scarves whilst attending church services,” the group claimed.

“It is common for Brethren ladies to wear a ribbon or headband when out amongst the general public.”

A passage on the group’s website denies the church is a “cult”.

“The Plymouth Brethren are not a cult. Established for over 180 years, the Brethren are a mainstream Christian Church that has more than 300 autonomous assemblies in 18 countries around the world and whose members extensively engage with the wider community on a daily basis.”