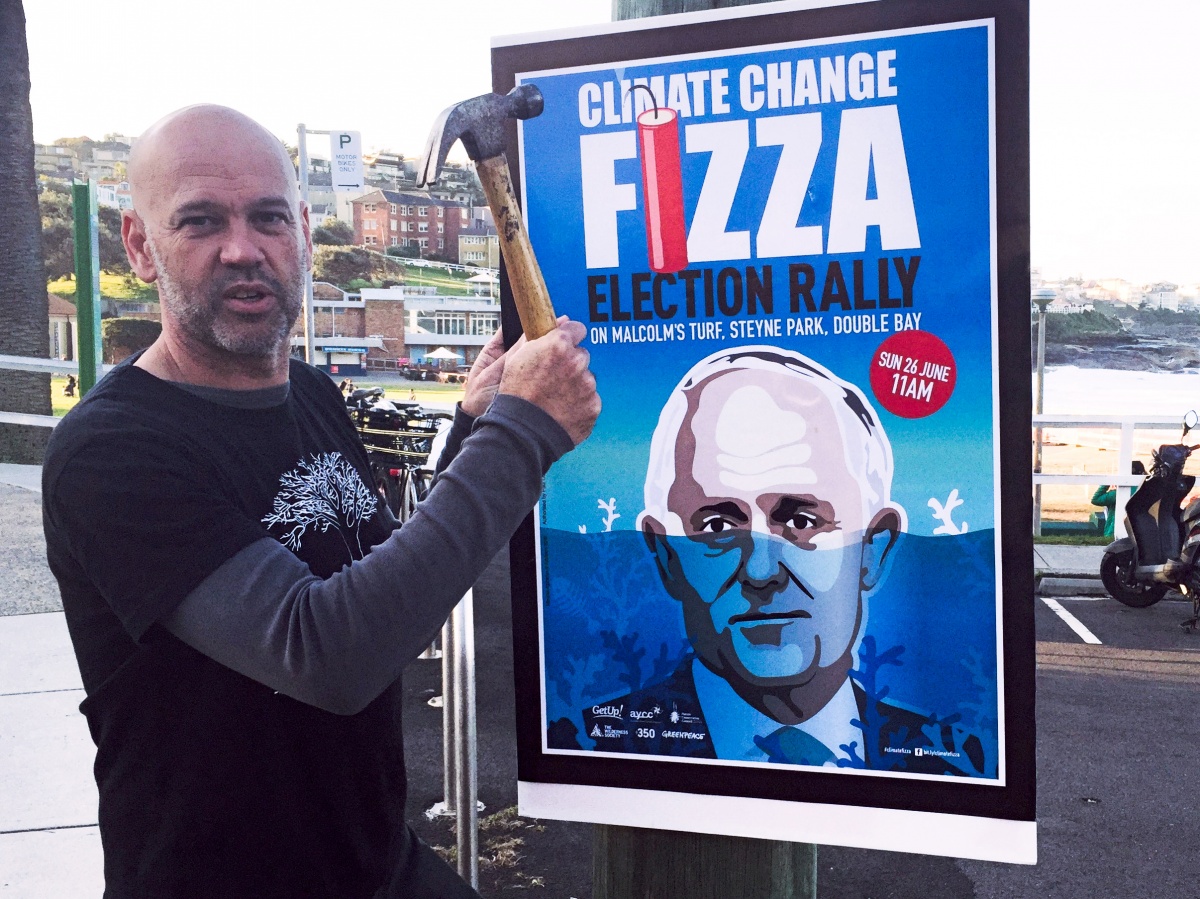 The designer behind the Malcolm Turnbull ‘Fizza’ posters has revamped his design to protest against the PM’s policies on climate change.

Michael Agzarian, the graphic designer also responsible for the Tony Abbott ‘Hopeless’ posters, did the redesign ahead of a climate change rally being held in Mr Turnbull’s own electorate of Wentworth.

Mr Agzarian told The New Daily he wanted to convey an image of Mr Turnbull “walking up to his eyeballs in water” but not realising.

He said the design was inspired by the famous anecdote of the ‘boiling frog’, which describes a frog sitting in water that does not realise it is being slowly burned alive.

“He’s oblivious to the fact that the sea level is rising,” said Mr Agzarian, who said the protest organisers had originally pitched an idea based on the famous book character in Where’s Wally?

In May, The New Daily reported Mr Agzarian had been pressured by the Australian Electoral Commission over his popular Fizza posters, and told to “authorise” the posters or face large fines.

Since then, Mr Agzarian said he and his campaign had taken measures to add his name and address to each of the posters.

He said the Fizza campaign – which raises money to print more posters and put up billboards – had raised $7000 in just one week recently, with hundreds of posters being sold online.

“We’ve just put up our billboard in Sydney, and it’s six metres by three metres. It’s pretty big,” he said.

He said next up was a couple of “mega-sites” in Melbourne, which will feature large versions of the poster in the Melbourne CBD.

Climate change protesters will take to the affluent, beachside suburb of Double Bay on June 26, to claim the Prime Minister is bungling Australia’s fight against climate change.

“Instead of taking real action on the reef, he rips money out of renewable energy to help fight climate change to pay for questionable measures to protect the reef,” said the group – led by The Wilderness Society and GetUp – in a statement.

“He’s robbing Peter to pay Paul to keep him quiet till after the election. We’re not falling for that.”