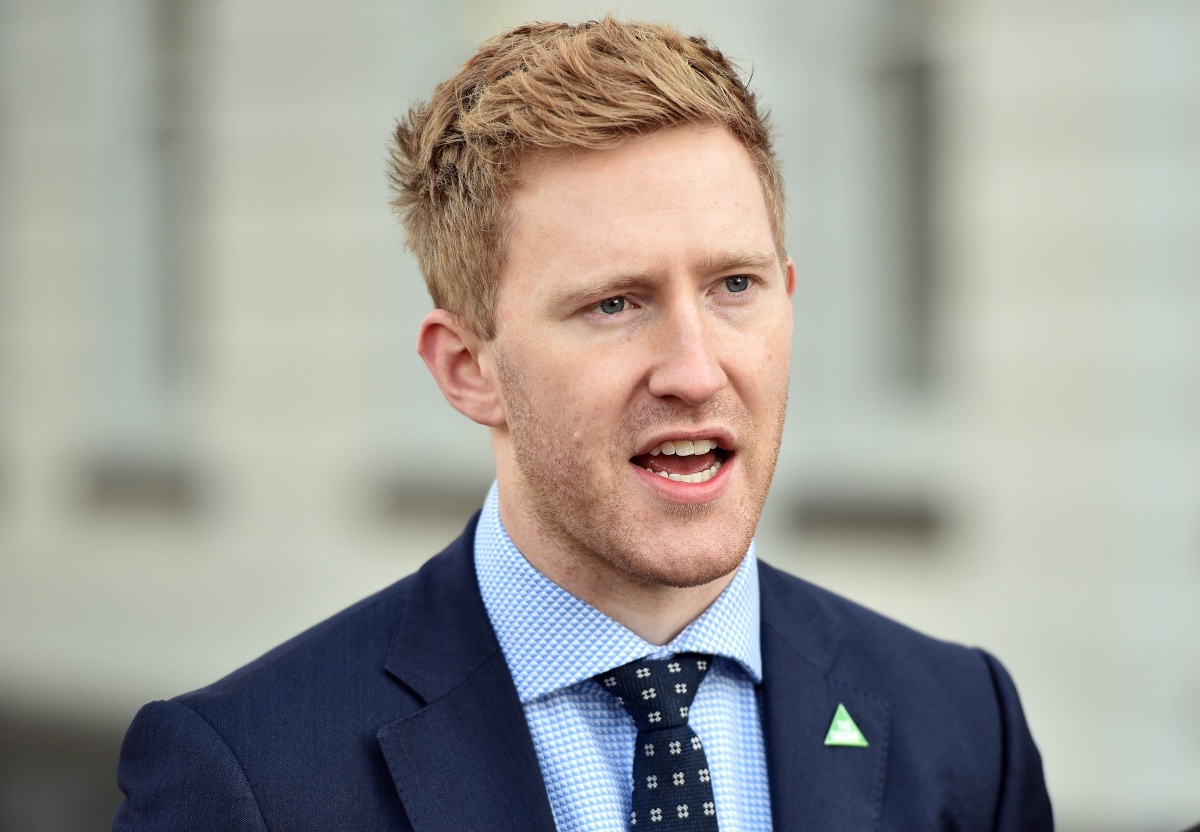 Greens candidate Jason Ball has shared an image of one of his campaign posters defaced with a homophobic slur.

The poster was graffitied with the word “fag” somewhere in his electorate of Higgins in Melbourne’s south-east.

In an emotional Facebook post, Mr Ball said he was sharing the image not to “give oxygen” to the person who defaced the image but to send a message to the LGBTI community.

• Why Kelly O’Dwyer could lose to a Green
• EgyptAir wreckage found, authorities confirm
• Omar Mateen had a ‘violent, abusive’ history

“I won’t be passive or silent in the face of bigotry,” he wrote.

“The last time I had this word written about me it was scrawled across a school toilet door. I was 15.

“Now, in 2016 the homophobes are thankfully in the minority. But acts like this show we have a long way to go. And these acts do not happen in a vacuum.

“We should not have to fear for our safety just for daring to live our lives openly. We must not be scared to hold our partner’s hand as we walk down the street.

“I will continue to be out, loud and proud about who I am. Because love is love. And ultimately love will win.”

On Thursday afternoon, the image had been shared more than 1700 times and liked over 13,000 times.

“Thank you for being braver than the bigots,” said one user, while another declared the post had inspired him to donate $250 to the Greens’ campaign.

“Can someone fix that G? I’m pretty sure it should be a B…,” wrote another, while one woman said she had cried over her lunch after reading the post.

“Love is love, and love will always win! I would be so proud to have you as my federal member Jason, keep fighting!” wrote another.

The hashtag #loveislove has been resurrected in the wake of the Pulse nightclub massacre in Orlando last week, which saw 49 revellers in a busy gay bar murdered by gunman Omar Mateen.

A number of commenters made links between the homophobic slur and the homophobic tendencies of Mateen, who reportedly bullied a homosexual boy in his primary school class at the age of 10.

Mr Ball, who is one of this election’s youngest candidates at 28, is contesting the traditionally safe lower house Liberal seat of Higgins, currently held by Kelly O’Dwyer.

A mental health and LGBTI advocate, Mr Ball started a successful petition in 2012 calling for the AFL to play No To Homophobia ads on the big screen during the preliminary final, while he’s also been an ambassador for mental health charity Beyond Blue.

If the Greens receive preferences from Labor candidate Carl Katter – who’s coming third at 18.5 per cent – it could mean victory for Mr Ball.