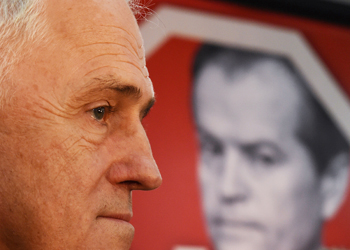 With pre-poll voting centres opening across Australia on Tuesday, electors wanting to vote early now have to decide.

It’s estimated that more than 30 per cent of registered voters will take advantage of a pre-poll in the 19 days remaining to election day.

Pre-pollers will cast their votes on available information, some before the formal party campaign launches and the final Facebook/news.com.au leaders’ debate scheduled for Friday.

With pre-polling has come bitter recriminations from minor parties over the preference manoeuvres of the majors.

Senator Nick Xenophon, leader of the Nick Xenophon Team, with prospects for three senate seats in South Australia and possible lower house upsets in Liberal-held Mayo, Grey and Sturt, has blasted both the Labor and Liberal parties over their split ticket how-to-vote cards available for the first time from pre-poll centres.

With the Labor Party making a calculated decision not to direct its preferences to NXT candidates, the Liberals are considered more likely to retain the seats.

“I just want the major parties to come clean on what deal they’ve done in South Australia and around the country because right now they’re behaving like a cosy duopoly,” an exasperated Senator Xenophon said.

“In fact they’re behaving a bit like a cartel.”

The Greens have also attacked the majors, although its preference policy has led to charges of hypocrisy.

In a statement, Greens convenor Penny Allman-Payne said the Greens would preference Labor ahead of the Liberals and Nationals in 139 of the 150 lower house seats and in the Senate. The other 11 electorates would be ‘open tickets’.

Is there any evidence to substantiate the Xenophon/Greens ‘duopoly’ conspiracy theory on preferences?

Without phone taps, metadata or covert surveillance of back rooms there is only circumstantial evidence.

On Sunday, Prime Minister Malcolm Turnbull announced a Liberal Party decision to preference Labor ahead of the Greens on every Liberal how-to-vote card handed out to voters from Tuesday.  This will thwart the Greens’ chances in inner city seats in Melbourne and Sydney. Labor MPs under pressure in Batman, Grayndler and Sydney are breathing sighs of relief at their improved prospects thanks to the Liberals.

Liberal MP Kelly O’Dwyer in the Victorian seat of Higgins may equally be rescued by preferences from Labor where polling has shown the Liberals’ primary vote has dropped markedly to 44 per cent, with the Greens coming second at 24 per cent and Labor at 18.

In Senate voting under new rules, electors no longer have the option of just voting ‘1’ above the line for the party of their choice.

After the rules were changed in March to put a stop to ‘preference whispering’ or group preference practices by minor parties, voters now must number at least six boxes above the line and at least 12 boxes below the line.

With a Senate quota in a double dissolution election halved to just 7 per cent, the main game is for a candidate to win a primary vote as close to that quota as possible and then to hope optional preferences will deliver a seat.