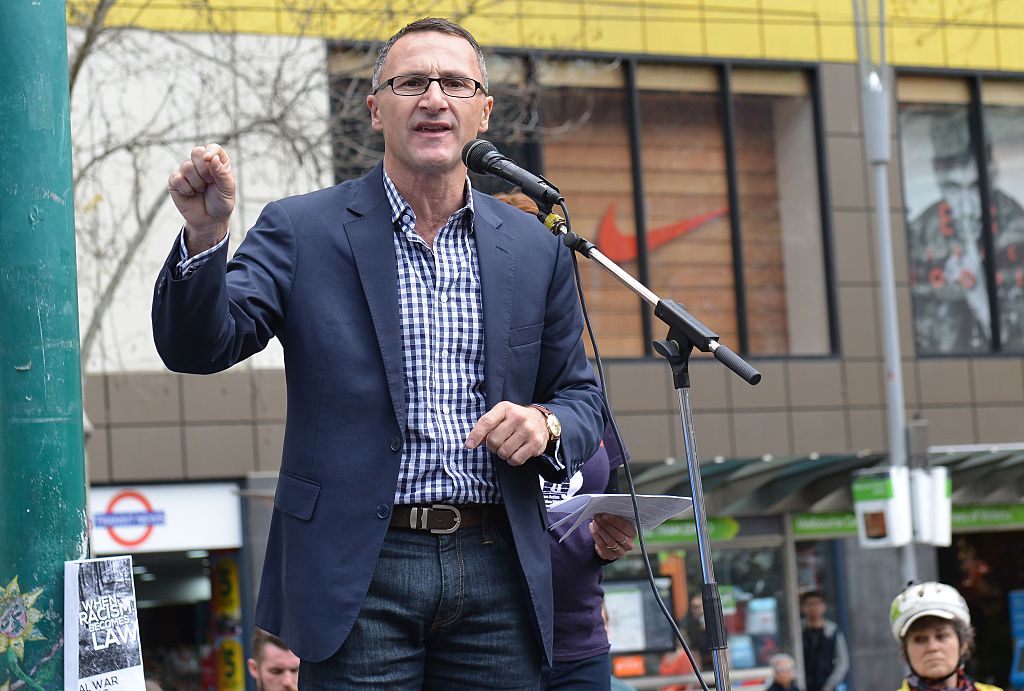 On the eve of casting of the first votes on Tuesday, the Greens have confirmed a deal with Labor to preference Labor candidates ahead of the Liberals or Nationals in most federal electorates.

Labor will suggest voters preference the Greens and other progressive parties ahead of Liberal and National candidates.

Prime Minister Malcolm Turnbull said Labor’s decision to put the Greens ahead of his party was no surprise because both were left-wing.

“They sail together,” he told reporters in Townsville.

He announced the Liberals would urge voters to put Labor ahead of the Greens in all 150 lower house seats.

That’s likely to help Labor MPs under threat from the Greens, including Anthony Albanese in Grayndler and David Feeney in Batman.

Victorian Liberals had been negotiating a deal with the Greens for several marginal Labor seats and state party president Michael Kroger said the decision to help Labor had been difficult.

“To put David Feeney back into parliament is a cross we’ll have to bear,” he said.

Senator Feeney scored an early campaign black mark for neglecting to declare he owned a $2.3 million negatively geared property in his electorate.

Mr Kroger said the Liberals didn’t want to contribute to the possibility of a mishmash of independent and minor party crossbenchers making the lower house like the Senate.

Pre-poll voting opens on Tuesday, allowing voters who will be away from home or unable to attend a polling booth to cast a vote. In 2013, 3.74 million people voted early, with the expectation of as many or more in 2016.

Opposition Leader Bill Shorten said Labor was running to win in all House of Representatives seats and there was no chance of coming third.

“So in other words, our preferences will not be allocated,” he said.

Greens co-convenor Penny Allman-Payne said Labor could do better on issues such as climate change and asylum seekers but they were still better than the Liberals and Nationals.

They are recommending voters put Labor ahead of the Liberals and Nationals in 139 House of Representatives seats and in the Senate.

“Our priority is to ensure a progressive Senate and to prevent a conservative government and this arrangement reflects that,” she said in a statement.

In 11 seats, the Greens will issue open how-to-vote in line with the desire of local branches who don’t want to instruct voters who to preference.

That includes Mayo and Grey in South Australia where polling indicates Xenophon candidates have a good chance of ousting sitting Liberal MPs.

Senator Xenophon said it should be up to voters to make their own preference choice.

Nevertheless he called Labor’s plan “interesting” given he had supported its stance in key debates such as higher education and welfare cuts.