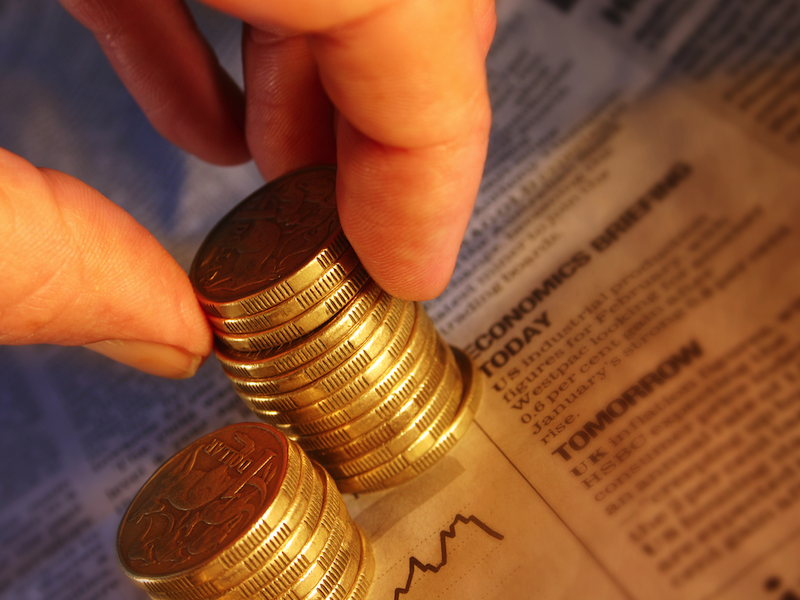 It’s been a busy few days for Labor – first announcing a net $8.9 billion in budget savings over four years on Friday, then additional spending of $2 billion on hospitals on Saturday, and $250 million to restore CSIRO funding on Sunday.

Labor is refusing to ‘hypothecate’ saved money, in the way the Coalition did when it linked its now-abandoned GP co-payment to funding a medical research fund.

On the Labor side, new ‘saves’ and ‘spends’ are not linked, and as such we will not know the full impact on the budget bottom line until all its policies have been announced.

What we do know is that the budget will be further in the red under Labor than the Coalition. Shadow Treasurer Chris Bowen told us so, a move some commentators said was a big mistake.

Economist Leith van Onselen, for example, wrote that “Labor has been bloody stupid handing the Government the free kick of running higher deficits in the short term”.

Well, yes and no. Yes, because the voting public generally misunderstands the relationship between budget deficits and economic growth. And no, because Mr Bowen and Opposition Leader Bill Shorten still have time to explain why they aren’t cutting harder.

‘Debt and deficit’ has become a national obsession – an unhealthy obsession because the amount we worry about the ‘national credit card’ is way out of proportion to its real importance.

The Department of Treasury’s own analysis is cautious, but a million miles from the ‘budget emergency’ rhetoric we heard from Tony Abbott and Joe Hockey in 2013.

It noted in this year’s budget that: “Australia has a relatively strong fiscal position by international standards … debt levels are not an immediate concern given historically low interest rates and a growing economy.

“But should Australia experience a significant negative economic shock or increased interest rates or debt levels rise above current projections over the medium term, the debt burden will impose an increasingly significant cost on the fiscal and economic outlook.”

The debt Mr Abbott complained of in 2013 was 12 per cent of GDP in net terms. It is now 17 per cent of GDP, but by Treasury’s own admission it is not yet imposing a “significant cost” on the economy.

Growth is the problem

The years ahead will not be pretty from a debt perspective. Both Labor and the Coalition, working from the same Treasury forecasts, have four years of deficits planned before a return to surplus.

But as the Moody’s credit-rating agency said recently, both sides are using over-optimistic numbers: “The adjustment to an environment of lower commodity prices is still underway and will continue to weigh on corporate profitability and wage growth. As a result, improvements in the government’s revenues may be somewhat more muted than currently budgeted.”

And that is the point. The main concern for managing the Australian economy at present should be protecting economic growth, not avoiding a bit more debt.

To see why, you only need look at the extraordinary hit to government tax receipts that occurred during the GFC years (see chart below).

From the last year of the Howard government to the low-point of tax receipts in 2010, total government revenue fell four percentage points of GDP.

Put another way, if the Labor government had kept the tax-take at the same level as the Howard government, it would have had $46 billion more to spend, or rather not have to borrow.

The reason it didn’t was because growth was substantially hit by the GFC, which in turn hit company tax and capital gains tax receipts.

What makes that slice of history relevant today, is the effect budget changes can have on consumer confidence, business activity, profits, wage growth and ultimately tax receipts.

If consumer confidence is crushed again, as it was after the horror budget of 2014, more businesses will postpone investment decisions and consumers will postpone buying decisions.

And look what we’re up against already in 2017 – more job losses in auto manufacturing and mining, tumbling terms of trade and a dollar that could be headed for 40 US cents, record private debts, and falling commodity prices blowing a hole in government revenues.

So while running up yet more national debt is not desirable, the next couple of years will be the textbook time for counter-cyclical public spending.

On the Labor side that would be more nurses and doctors in hospitals, or CSIRO’s one-in-five sacked scientists back in their jobs. On the Coalition side, it would be the early stage jobs of the Turnbull government’s $50 billion subs building program.

Labor is being rubbished for saying that it will borrow more and spend more over the next four years than the Coalition.

But what that criticism fails to understand is that cost-cutting that hits consumer confidence, in 2017 of all years, could be the straw that breaks the nation’s back.

If that happens, the loss of tax revenue, and the hole it blows in the federal tax receipts, really would create a budget emergency.

Protecting growth is far more important than the deficit