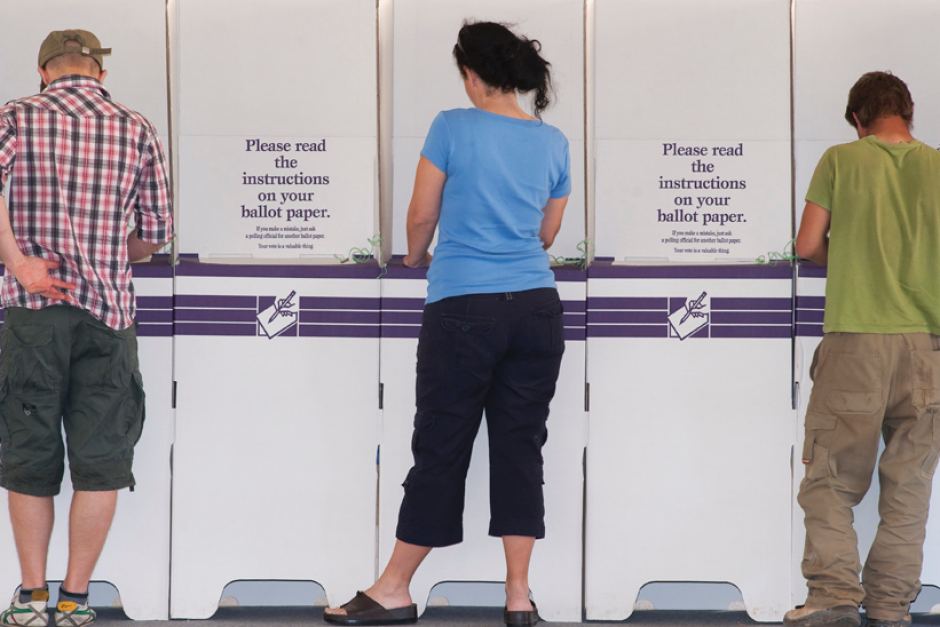 Once we get this farcically dragged-out federal election behind us – that is, if we ever do – how do you feel about the next one in 2019 being fought between two real political parties? Say, the Australian Conservative Party (ACP) and the Australian Social Democratic Party (ASDP)?

Never heard of them? Well, actually, they already exist. They just don’t call themselves by those unfamiliar idiosyncratic names.

The ALP’s political “brand” is generations past its use-by date. At the same time, the Liberals’ packaging of its product is outright false advertising.

Given widespread voter disillusion, disinterest and distrust with the so-called major parties, maybe an all-round shake-up might be in order, a thoroughgoing facelift!

Instead of putting up with the existing apologies for ideologically-motivated differences, why not a freshly-minted reinvention of the two leading contestants prior to our next “Battle of the Parties” in three years’ time?

Regardless of who gets up on July 2 – notwithstanding another not-so-well-hung Parliament – the elected pollies of course have to get on with their governing and opposing. But surely the flimsy state of the country’s body politic also makes the time ripe for some serious navel-gazing, so that next time round, we know not just who we’re voting for, but what?

The choices are not about “Growth and Jobs” Malcolm’s or “Putting People First” Bill’s campaign slogans! There are some frighteningly obvious “politics 101” stuff that we should be tossing around so we don’t have to go through the same embarrassing nonsense in 2016.

For starters, why is the ALP called the Australian Labor Party? No ageism intended, but if you’re an Australian voter under, say, 45, there’s a good chance you don’t have a clue. What do most Australians know about the historical origins of what we glibly refer to as Labor? Any idea how long the party’s been around – 20, 50 or whatever many more years? Any idea why that curious word “Labor” in the party’s name is spelled without a ‘u’?

Many might twig that its name, Labor, has something to do with work or workers, the providers of labour, but why? Does the ALP still represent its original demographic, the ubiquitous Australian working class? These days, plenty of non-working class Australians also choose to vote Labor.

The relationship between the country’s trade unions and the ALP is often questioned – for example, who and what are the so-called “faceless men”? Any chance that you’re a member of a trade union? If you’re not, do you know what one is? Would you know if any of your family or friends are members of a trade union? Asked, would you join or consider joining a union or a professional association? Do you know what the letters ACTU stand for or that less than one-in-five working Australians are members of a union?

Don’t hold your breath waiting for Bill to tell you that Labor is “the party on the left of the political spectrum”. For your average punter, it‘s almost impossible to figure where Labor stands. If the party re-invented itself as the ASDP, at least it would have to explain what a social democrat is.

That said, what if we were to suggest that Australia’s new, unelected Turnbull-led LNP government is also a scary misnomer? In fact, it’s close enough to a con.

The Nationals should revert to their old nomenclature, the Country Party. At least that tells you where almost all their votes come from. As for the alleged Liberal Party, it is liberal in name only. It started out more honestly as the Anti-Labor Party!

“Q&A”-groovy Malcolm used to be a small-l Liberal, an endangered political species, now beholden to the right-wing “flat-earthers” of the Coalition. Under Tony Abbott, the ideological reality is that it was a loose right-wing conservative coalition.

The Greens’ shingle sort-of tells us what they’re supposed to be about. However, if you don’t know why a political party is called the “Such-and-Such Party” – let alone why it exists and what it stands for – how on earth do you decide whether or not to vote for that party’s candidates and policies?

Anyway, in our not-so-brave new world, who needs political parties, leaders or governments – even democracy – when you’ve got a wallet full of credit cards, a handy ATM and a generous loans manager at your local bank?

So, if we can’t tell the difference between wealth and debt, having real money and being able to borrow it, what chance with “politics 101” – knowing how and why our clearly misnamed political parties are different, let alone which box to tick on July 2?

George Negus has more than five decades of experience in journalism and broadcasting and is the author of several books, including The World from Islam. In 2015, he was awarded a Member of the Order of Australia for services to media. You can read his previous columns for The New Daily here.

What’s in a name? Our political parties unveiled