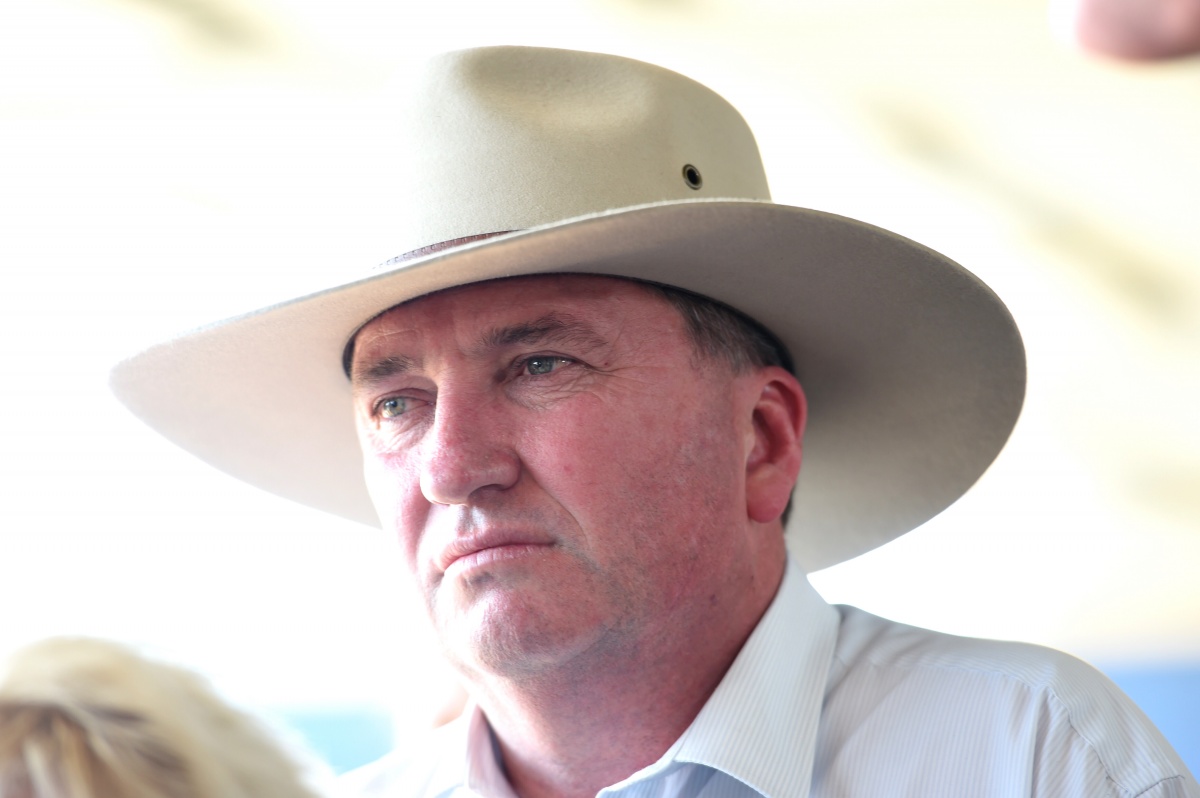 Barnaby Joyce says reclassification debate has nothing to do with gun crime. Photo: AAP

The Nationals leader is facing claims his party accepted $80,000 in donations from oil and gas producer Santos between 2011-15.

“How can the people of New England … believe Mr Joyce when he is being funded by the very company they are fighting?” Mr Windsor said in a statement on Thursday.

The independent candidate said there was a sudden increase in donations to the Nationals when the so-called water trigger was being considered ahead of the 2013 election, and the money appeared “purely transactional”.

“Santos aren’t yet subject to the water trigger and that’s why Santos is trying to buy the Nationals to ensure they never will be,” he told reporters in Tamworth.

“It is sad and somewhat pathetic when the best we have is … a doorstop about an allegation which even in their own statement they can’t give any details about.”

Santos said in a statement to AAP the company contributed in a bipartisan manner to Labor, the Liberals and the Nationals.

“At all times, Santos complies with all election funding disclosure requirements and discloses all political spend, whether thresholds are reached or not,” it said.

“Since 2011, it is noteworthy that Santos provided and publicly reported more support for the ALP, than for the Nationals.

“Santos rejects Mr Windsor’s claims that our explorations activities either occur on compulsorily acquired property, or have contaminated a water source.”