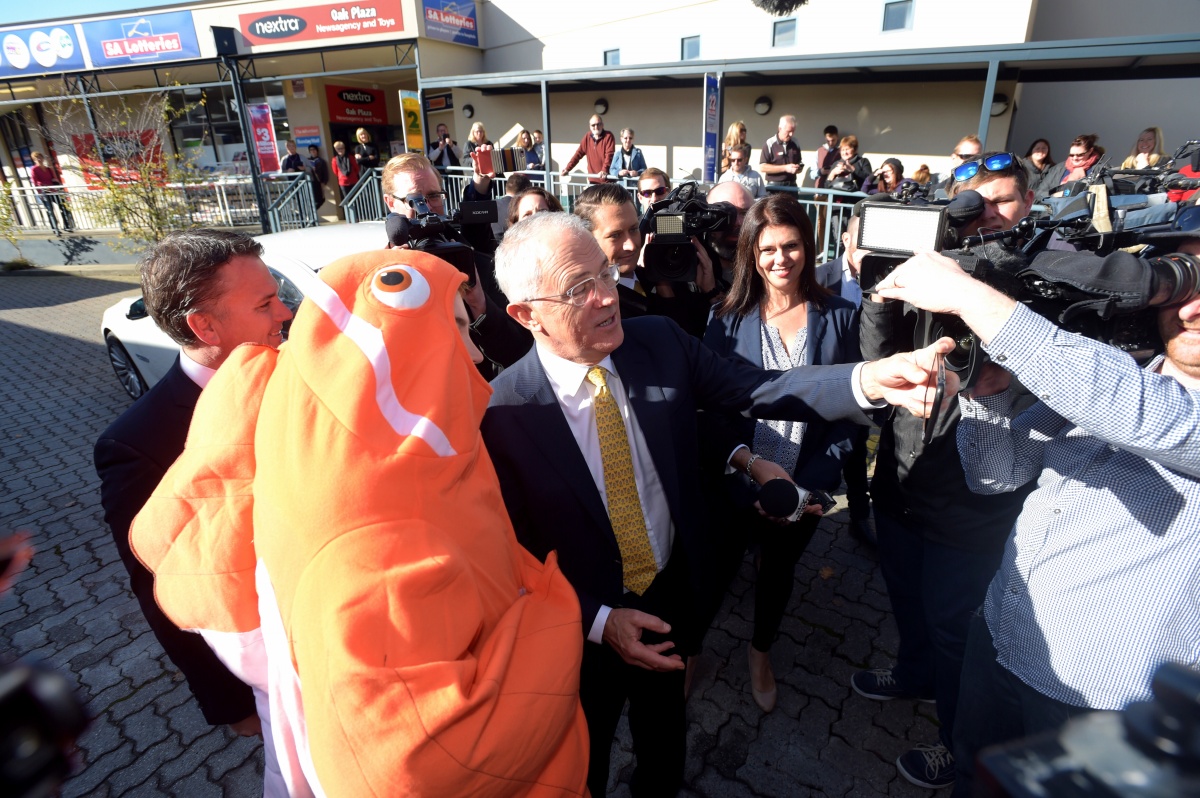 Yes, it’s a long election campaign. Nearly every political journalist seems fond of telling us so.

The schoolroom visits, shop-floor tours and street walks seem to be never ending.

However every now and then something happens during the campaign that shatters the boredom and demands our attention.

It could be an unexpected outbreak of honesty by a careless candidate, a suspiciously well-briefed member of the public gate-crashing one of those street walks, or as this week proved, the appearance of a rather large rodent.

Sometimes these events can even have a material affect on the campaign. Here are the moments that made a difference this week.

Superannuation was the topic that brought nearly everyone unstuck this week.

The PM Malcolm Turnbull faced dissent from within his party’s ranks over the budget decision to close the loophole being used by high-income earners and wealthy retirees to avoid higher tax rates by essentially washing money through their super funds.

Then the Liberal’s Deputy Leader Julie Bishop and the Greens’ Sarah Hanson-Young both stumbled when asked to explain the details of their respective party’s superannuation policies.

It’s unrealistic to expect every politician and candidate to be able to recite every one of their party’s policies, but given that superannuation has become a hot button issue this campaign it’s now time for all parties to school every one of their spokespeople on the intricacies of their policies.

In contrast, the most politically skilful performance this week was delivered by Labor’s Deputy Leader Tanya Plibersek.

Ms Plibersek deftly neutralised a potentially tricky situation for Labor leader Bill Shorten when a rat-in-a-box was unexpectedly thrust into their hands by a member of the ABC’s Chaser team.

Having been responsible for abandoning first Prime Minister Kevin Rudd and then Mr Rudd’s successor Julia Gillard, Mr Shorten could not afford to be seen clutching a literal embodiment of that behaviour.

Ms Plibersek not only took charge of the furry interloper, but officially adopted the #electionrat, tweeting later that the new addition to her family had dined on nuts, zucchini and banana, and that her kids had called him Harry. If they could turn back time

The cringeworthy award for the week goes to the Treasurer, Scott Morrison, for going the full-Abbott by depicting the Labor Opposition’s populist anti-corporate stance as a “war” on business and a “war on growth using tax as their bullets”.

ScoMo may well have thought this rhetorical sortie would play well with the Coalition’s base, given radio shock-jocks like Ray Hadley and Alan Jones claim the bloc of rusted-on voters are conservatives who are immeasurably cheered every time the government flicks the switch to khaki.

However the Treasurer’s minders should have checked the whole-of-government calendar before pencilling in Thursday as they day their man would liken harsh words exchanged over company tax to a bloody, horrifying endeavour that literally and unilaterally kills real living people.

For on the very same day, the remains of Australian soldiers killed in an actual war were returned home to be reunited with their grieving families.

As fate would have it, the repatriation of the war dead was the initiative of Tony Abbott when he was Prime Minister.

According to his former chief of staff, Peta Credlin, Mr Abbott believed the gesture “would be a way to unite Australia particularly ahead of the anniversary of Long Tan”.

Accordingly, any brownie points the Treasurer may have gained from conservative voters by beating the military drum on Labor’s opposition to company tax cuts, would have been cancelled out by his disrespectful likening of campaign skirmishes to the horrors of war.

Then again, Ms Credlin has also suggested in the past that Mr Turnbull’s campaign press conferences could do with “more flags”.

However both leaders protested they had chosen not to go to the ceremony to avoid politicising the occasion. Needless to say, that wouldn’t have stopped Tony Abbott if he had still been PM.