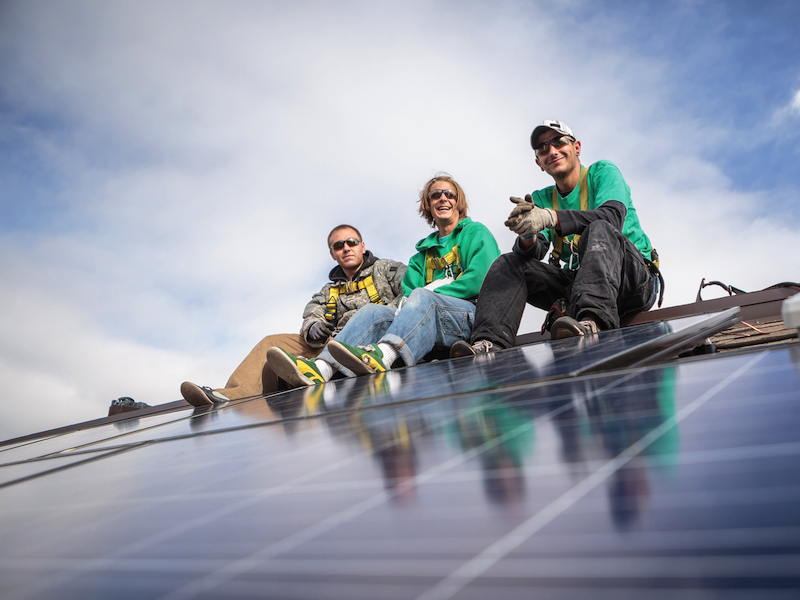 Independent Tasmanian senator Jacqui Lambie can say a lot of things others would not get away with, and she wasn’t mincing words on the ABC’s Q&A program on Monday night.

Asked what she would do to improve the lot of Australia’s ‘working poor’, Ms Lambie said: “Why aren’t we looking at national service, so these guys can go and do 12 months … if you are not learning or earning.”

While her suggestion is out of touch with the views of many Australians, it’s the kind of idea that plays well on the right of politics.

What’s interesting from an economic point of view is that Ms Lambie is talking about public spending to solve unemployment problems.

The fact that it’s public spending on defence – just like Prime Minister Malcolm Turnbull’s $50 billion submarines program – makes it palatable to voters who otherwise tend to see government spending as ‘wasteful’ or ‘inefficient’.

Those are two adjectives that were used with abandon to describe the ‘school halls’ and ‘pink batts’ schemes under the Rudd and Gillard governments.

The fact that they were highly successful in their prime objective – stimulatory job creation – barely rated a mention.

Ms Lambie was right about one thing – that regions of Australia, such as the impoverished north west corner of her own state, would benefit greatly from some kind of federal stimulus spending through 2017 and beyond.

The Bureau of Statistics puts national youth unemployment at 12 per cent, which is more than double the all-age-groups figures.

The Roy Morgan survey, which uses different definitions of ‘unemployed’, puts that figure at 19 per cent.

To that you can add workers displaced by the shutdown of auto manufacturing plants in South Australia and Victoria, skilled workers laid off by the end of the mining construction boom and tradies losing work as the now four-year-old apartment construction boom starts to wind down.

It is true that many of these workers will be absorbed by other industries. However, there is a big risk of a blow-out in the unemployment numbers, no matter who wins the election.

The rocky history of the school halls and pink batts schemes – and national service in Australia, for that matter – means any government looking to stimulate jobs growth through spending, rather than through loose monetary policy, will have to look elsewhere.

Infrastructure spending is the usual prescription, because it creates jobs initially, improves productivity in the long-term, and is popular with voters who often benefit directly from free-flowing roads, faster trains or bypass roads.

However, as the Rudd government’s home insulation scheme showed, such programs create just as many jobs if the ‘infrastructure’ is privately owned rather than public.

To that end, it’s surprising to see both sides of politics failing to announce subsidies for what is one of the most sought-after pieces of private infrastructure in Australia – rooftop solar, which is now able to be plugged into a new generation of battery storage units for use when the sun isn’t shining.

I have suggested before that Labor may have such plans up its sleeve, though that is based only on its “50 per cent by 2030” renewable energy plans which would dove-tail nicely with rapid development in grid-connected storage systems.

The political sense of such a move was underlined in a new report released by the Australia Institute on Tuesday, which shows not only that solar/home-storage is hugely popular, but that it appeals across the left-right divide.

The report found, among other things, that:

• Of the 1.5 million homes with rooftop solar, 81 per cent say they are considering buying battery storage systems.

• Interest in owning storage batteries across the population has increased from 49 per cent to 63 per cent in 12 months.

• And 71 per cent of respondents say they would consider voting for a party that supported distributed small-scale solar and storage.

That last point is the key, because it reveals that a broad cross-section of the voting population want some kind assistance to invest in the new technologies – which, it must be said, are still expensive. A Tesla Powerwall battery system, without solar panels, costs over $12,000.

The Greens have already announced such a policy, though of course that won’t reach fruition unless they find themselves in the same kind of powerful position they enjoyed in the hung parliament of 2010.

That means it is up to one of the major parties – most likely Labor – to seize the day and announce something similar.

Some kind of stimulus spending is likely to be needed after the election, and on the Coalition side that takes the form of company tax cuts and the $50 billion submarines package.

A rooftop solar plan would be a lot more popular than either of those.

A job-creating stimulus plan that transcends left and right