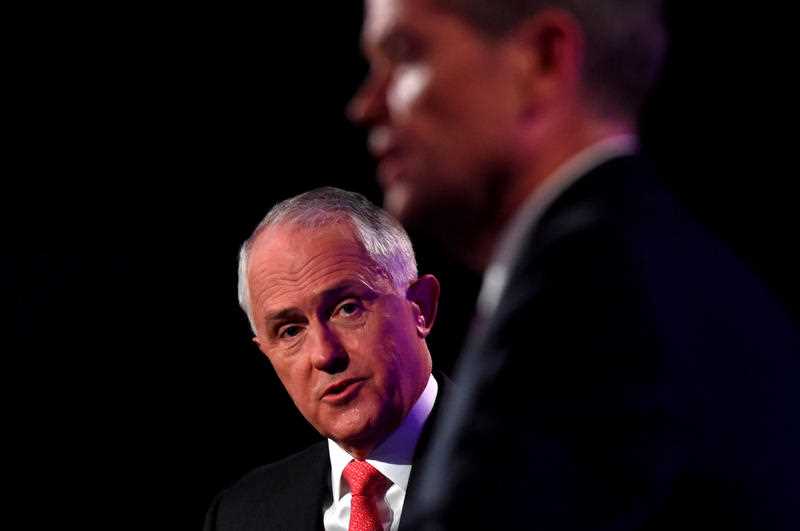 On Sunday night, the only time the debate between the Prime Minister and the man vying for the top job burst into life was when the fate of 1600 would-be refugees was raised.

These are the men, women and children held in indefinite detention on Manus Island and Nauru.

Their “crime” is that they paid people smugglers to ferry them from Java to Christmas Island and they arrived after the July 2013 deadline set by Labor’s Kevin Rudd and since enforced by the Coalition government.

There was complete agreement by the two current leaders that no matter what happens to those in detention, they won’t be coming to Australia. There was also a unity ticket on keeping the boats stopped by ‘turn backs’.

You know this nation has been on an ugly slippery slide in the past 15 years when Labor sees no votes in demanding more transparency on how the boats are being turned back. Or indeed what happens to those who are sent packing. Do they arrive safely back in Indonesia or have some, in fact, drowned?

Apparently if you ask these questions you are a weak, soft touch playing into the hands of the people smugglers.

We started on this route in the leaders’ debate of 2001. That was the Tampa election when John Howard ditched a bi-partisan approach to refugees. He accused Opposition Leader Kim Beazley of slip-sliding all over the place and putting the nation’s border security in jeopardy. He refused to admit it was, in fact, himself who had done a backflip on a key bill because his purpose was to define Mr Beazley as a risk.

The Coalition’s strategy of playing partisan politics with the issue reached another nadir when the Abbott opposition joined with the Greens to torpedo the Gillard government’s people swap deal with Malaysia.

This time Tony Abbott and his immigration spokesman Scott Morrison attacked the arrangement from the left. Malaysia, according to them, had a dodgy human rights record and was not a signatory to the relevant UN conventions.

At the time a very senior Liberal MP privately conceded that the more boats that kept coming the better it was for the Coalition’s chances at the next election.

In 2007 when Mr Rudd abandoned the Pacific Solution, he was supported by Opposition Leader Brendan Nelson.

Neither leader could see much sense in spending $200 million to keep Nauru operating with only one severely mentally ill asylum seeker left on the island.

When the boats began trickling back in 2008 and Malcolm Turnbull had replaced Dr Nelson, he took a very hard line. He told his party room it was the “only issue” they had going for them.

This same self-interest was on display in Sunday night’s joust. Mr Turnbull said the people smugglers watch and listen for every nuance in the Australian debate.

“They’re out there marketing now, telling their customers that if Labor is elected it will be all on again,” he said.

Bill Shorten shot back: “Shame on you for giving the people smugglers any hope they could be back in business.”

He said the PM was playing with fire.

“I really wish the Liberals had voted for our Malaysia regional settlement solution – that would have saved hundreds of lives,” Mr Shorten added.

Though Mr Turnbull has given the Immigration Department a hunting licence to find somewhere to send the offshore detainees, including Canada, he sees no gain in trumpeting it.

The truth is neither leader has any credible ”plan” to end the international disgrace of this inhumane aspect of the border protection policy.

As panellist Andrew Probyn put it to Mr Turnbull: “If you’ve successfully stopped the boats why do you need to keep detaining people?”

Indeed, but there is an election to win, “whatever it takes”.