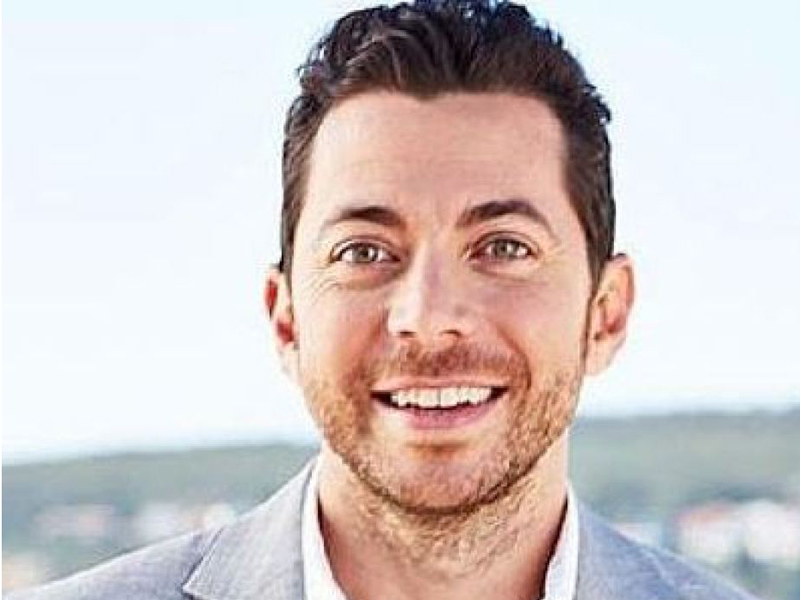 James Mathison says he will take former Prime Minister Tony Abbott to task on matters such as climate change and same-sex marriage, as the former Australian Idol host signals his intention to contest the seat of Warringah in the July election.

According to Mr Mathison’s Twitter account, he will run as an independent for the New South Wales seat, which has been held by Mr Abbott since 1994.

The 38-year-old is appealing to the youth vote, driving a social media campaign using the hashtag #TimesUpTony, in response to what he sees as complacency on Mr Abbott’s behalf in what is a safe Coalition seat.

Mr Mathison — who earlier this month was arrested by police during a protest to stop Moreton Bay fig trees being felled — updated his Twitter and Facebook accounts on Friday night with the slogan: “Warringah deserves better”.

In an interview with MTV Australia on Friday, Mr Mathison highlighted how out of touch he believed Mr Abbott was, citing 22 years of inaction over climate change, same-sex marriage and asylum seekers.

“I know it’s weird, there’s the guy from the TV entering politics and entering a campaign against Tony Abbott … it makes no sense, but it kind of does,” he said.

“We know the system is broken. We know young people are completely ignored and locked out and think their vote doesn’t count, that they’re disenfranchised, that they have no voice to be heard and that’s exactly what the major parties want.

“My idea is that we go ‘No, our voice does count’ … let’s rock the boat, let’s rattle the cage.

“The trouble is with this two-party system, all you’ve got to do is be less shit than the other guy.

“He’s against marriage equality, he thinks climate change is a hoax, doesn’t sneeze at the idea that we’ve locked children up in deplorable conditions overseas and he’s lied over and over again.”

Tasmanian independent Senator Jacqui Lambie was quick to throw her support behind Mr Mathison in his pursuit to oust Mr Abbott.

“I love independents, you go for it James, go give him a run for his money,” she told Channel Nine this morning.

“Put those budgie smugglers on and give Tony Abbott a run. You know what? I wish him the best of luck, I really, really do.

“James has to start somewhere, so even if he has a run-through this time and gets up and backs it up next time, chips away, he will get there eventually.”

‘It’s the only way to see real change’

Mr Abbott has held the seat of Warringah since 1994 and won his seat with 60 per cent of the vote in the 2013 election.

More than 100,000 people are registered to vote in the electorate and the seat has been known as one of the safest in the country for the Coalition.

Mr Mathison grew up in the northern Sydney suburb of Frenchs Forest and has lived there for most of his life.

“People, to be frank, can’t stand him [Tony Abbott], but it’s such a safe Liberal seat, they’re not prepared to vote Labor,” he said.

“The Greens are a bit extreme for them, but what if there’s someone who was listening to the community, who believes … the voice of the people is more important than these ingrained party structures?

“Maybe we haven’t got a chance maybe, we can’t even make a dent in the party machine and people laugh this off and think it’s ridiculous, but I don’t think so, I think we’re going to tap into something that activates young people.

“It’s revolutionary, it’s ridiculous but it’s the only way to see real change.”

The Australian Electoral Commission confirmed to the ABC nominations for both the House of Representatives and the Senate for the July 2 election close at midday on June 9.

Declaration of candidate nominations will be on June 10.