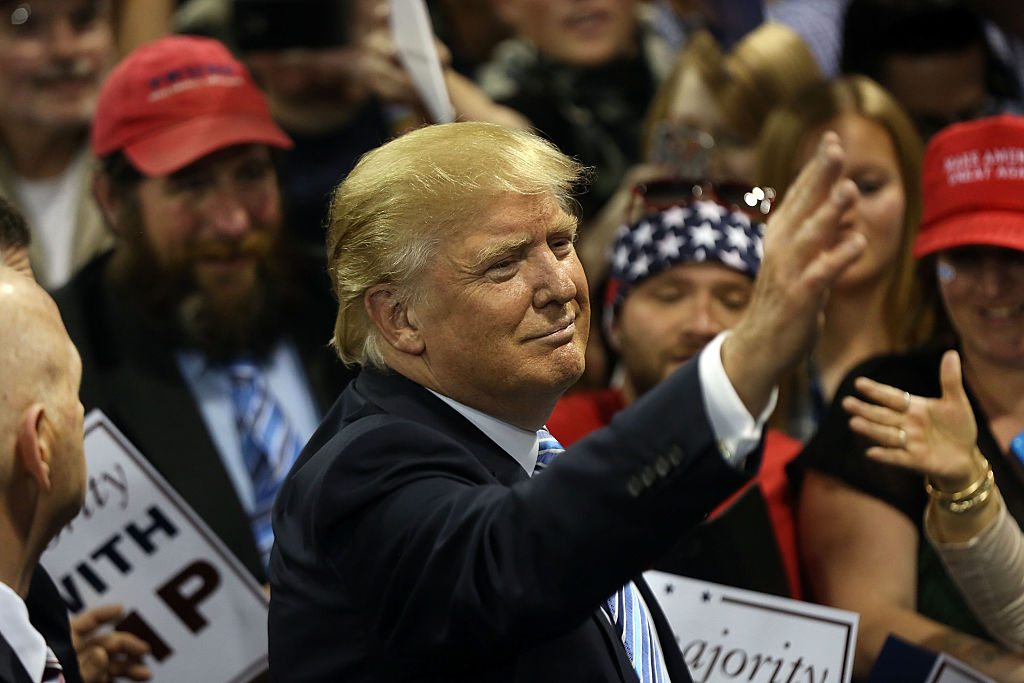 As Mr Trump achieved the requisite number of delegate votes (1237) to confirm his nomination as Republican candidate for the US presidency on Friday Australian time, Mr Shorten delivered his unscripted personal critique.

• ALP kingmaker’s shaky future
• George Negus: Why our obsession with leadership has to stop
• Finally, some good news to replace the budget lies

The PM questioned the diplomatic wisdom of Mr Shorten’s gratuitous intervention in US domestic politics, considering his aspirations to become Australia’s prime minister on July 2.

“You can imagine how Australians would feel if an American president were to describe one of our prime ministerial aspirants as barking mad. You can imagine the ill-will and resentment that would create in Australia, ” Mr Turnbull said.

Despite the prime ministerial slap down, Mr Shorten refused to withdraw.

“I have already said it,” Mr Shorten replied when asked to repeat the remarks for national television.

He defended the analysis which he said was justified on the basis of Mr Trump’s ‘erratic’ remarks, including that Mexicans were “killers and rapists”.

Mr Shorten said Mr Turnbull had not admonished former PM John Howard, who had been just as personally critical of Mr Trump.

Both Mr Turnbull and Mr Shorten both used the kerfuffle to reiterate that the US-Australia alliance was this country’s highest priority relationship.

Mr Trump, now famous for his own personal putdowns, so far has not responded to Mr Shorten. Bill who?

The stoush over whether or not Trump should be admonished from afar was interrupted on Friday evening by a Seven News/Reachtel poll that gave Labor a clear lead on a two-party preferred basis.

According to the poll, Labor leads the Coalition 52-48.

That’s the best result Labor has received since the election campaign commenced.

Fear and uncertainty over Sunday and Saturday penalty rates also began to set in on Friday.

Although neither the Labor nor Liberal parties have policies to wind back or dismantle weekend penalty rates, a test case currently before Fair Work Australia has raised that very prospect.

The tourism industry is keen to lower Sunday penalties, in particular, on the claim that operators would expand services and employ many more people. With Chinese tourism now at 1 million visitors a year, the amenity and accessibility of restaurants and all tourism facilities is considered to be strategically crucial to Australia’s export earnings.

A union-organised protest rally greeted Prime Minister Turnbull as he campaigned in Brisbane on Friday.

Currently Sunday penalties are double the weekday rate. Saturdays attract time and a half.

Uncertainty about penalty rates in Australia will prevail until Fair Work releases its decision, now expected after the July 2 election.