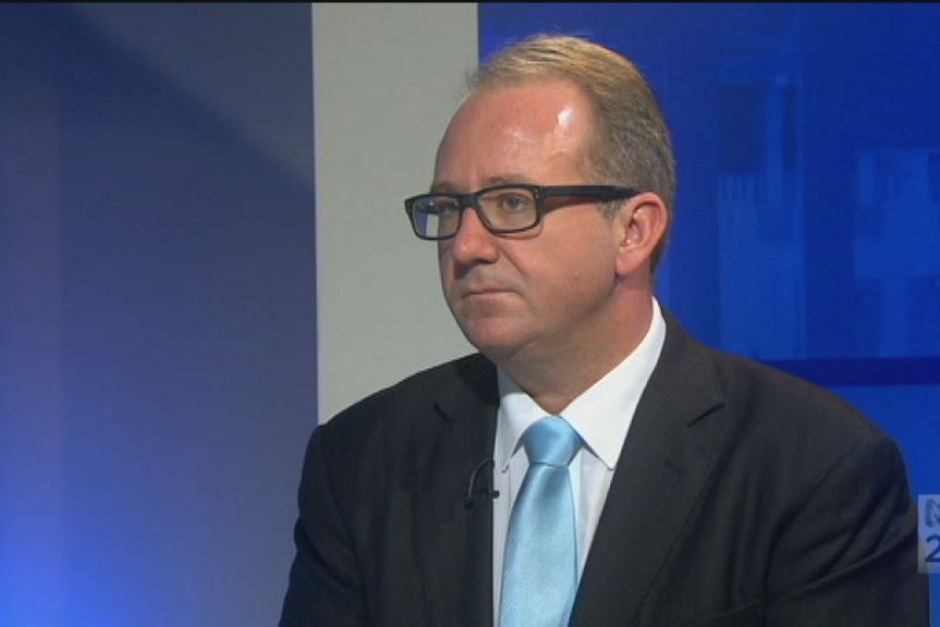 After a disastrous and embarrassing interview in which he fudged questions over the Schoolkids Bonus, he then left his highly confidential party talking points notes behind in the studio, revealing that Labor has ­privately admitted that it will not be able to rein in its spending over the next budget cycle.

Sky News political editor David Speers grilled Mr Feeney on Wednesday over his failure to declare a $2.3 million negatively geared property, which he had to admit to as “the biggest own goal of the campaign”.

“I think unfortunately that is a trophy I managed to secure last week,” he said.

But things went from bad to worse when Mr Feeney had to admit he didn’t know the party’s policy on the $4.5 billion Schoolkids Bonus.

“The…well … we…in terms of the Baby Bonus?” he asked, then conceded he did not know the answer and that he would have to refer it to the relevant shadow minister. “I’ve been a little distracted over the last few days,” he joked.

While Labor had earlier indicated it would keep it, Shadow Treasurer Chris Bowen had to come out and mop up the mess, confirming Labor would not restore the bonus.

The Feeney express suffers another trainwreck