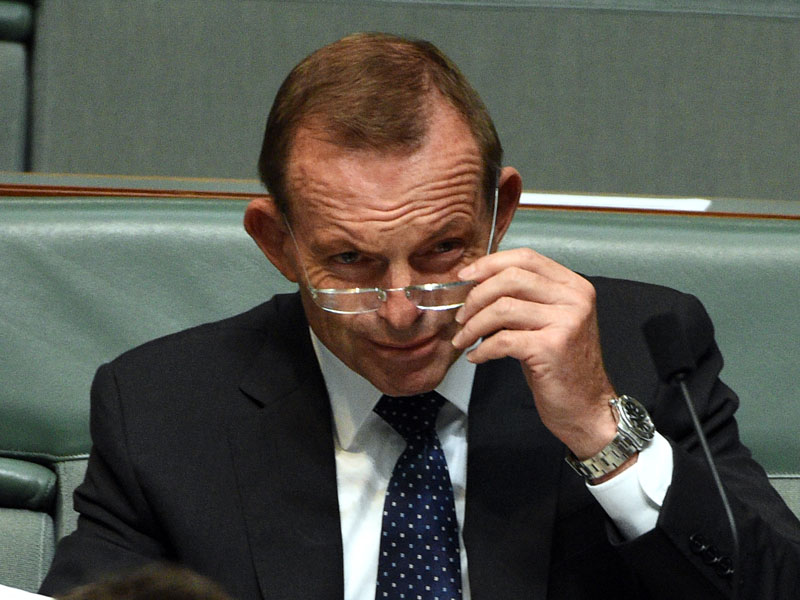 Abbott's call for action has been backed by Cory Bernardi. . Photo: AAP

Just ask yourself this: what other backbench member of parliament could attract all the TV networks, extensive radio coverage and print reporters to their local campaign launch?

Only a deposed prime minister keen to keep his name up in lights and intent on a comeback would be capable of the feat.

Tony Abbott’s Warringah launch had all the trappings of a national event. In fact, it had more razzamatazz than Julia Gillard’s 2010 effort, complete with a giant national flag back drop, professional placards and rows of blue t-shirted supporters.

• Election 2016: hesitant PM to refocus on Shorten
• Abbott: My legacy is Malcolm’s legacy
• Tape find: did Trump pose as someone else?
• The woman who wants to challenge Waleed Aly

It was followed with extensive interviews on Sky TV and with high-rating Sydney shock jock Alan Jones. And he is not up to mischief?

It is a free country and he successfully sought Liberal endorsement fair and square. But just as Malcolm Turnbull didn’t hang around in politics to be anything other than Prime Minister, it is surely not beyond the pale to ask why Tony is clinging to his parliamentary career. A lack of imagination doesn’t cut it. To serve the people of his electorate and the nation sounds, well, self-serving.

This is where the game of politics, the rules of engagement and appearances have to be well understood. Mr Abbott has assured his sympathetic media interrogators his party would never turn to him again as leader. His former chief of staff Peta Credlin scotched that one. That’s what he may be thinking now, she says, but experience tells us there’s no such thing as never ever.

Especially as a significant number of Liberals both in and out of the parliament are beginning to worry that Mr Turnbull is just not the politician he needs to be to maximise the government’s position either in the election, or if he should just win it, after the poll.

In fact there is a belief – more a shuddering fear – that the Coalition could be left with a bare majority at best.

“Anything under 80 seats spells doom for Malcolm,” was the view of one disconsolate Liberal MP. Seventy-six are needed to form government.

If perceptions of dithering and drift continue, and the government’s standing worsens, the precedent is set for a coup.

Prime ministers, as we have seen, are disposable. Leaving a dud in place is no longer an option. Mr Abbott knows it and so do his conservative allies. They may not be delusional enough to return to him immediately, but a Scott Morrison would be more than happy to restore him to a senior cabinet post.

While Labor believes it is in with a chance and morale is high, campaign hardheads think there are enough voters prepared to give Mr Turnbull a chance to show his true self. That true self is the one they liked when the urbane politician turned up on the ABC’s Q&A in a leather jacket and showed a thoroughly moderate and contemporary view of the world.

But this polished city slicker is not connecting with regional and outer metropolitan voters in the way the Liberals had hoped. We got an insight into this last Friday night when Bill Shorten won over more swinging voters at the forum he and Mr Turnbull attended in the Western Sydney seat of Macquarie.

Galaxy has picked up a swing against the government in these seats and while the Coalition is holding on in some, there are seven weeks to go and it’s uncomfortably close.

Mr Abbott’s extraordinarily high profile and that of Ms Credlin are of no help to Mr Turnbull at all. They only serve to remind the electorate of a government that failed to deliver and of unresolved conflict bubbling away scarcely below the surface.