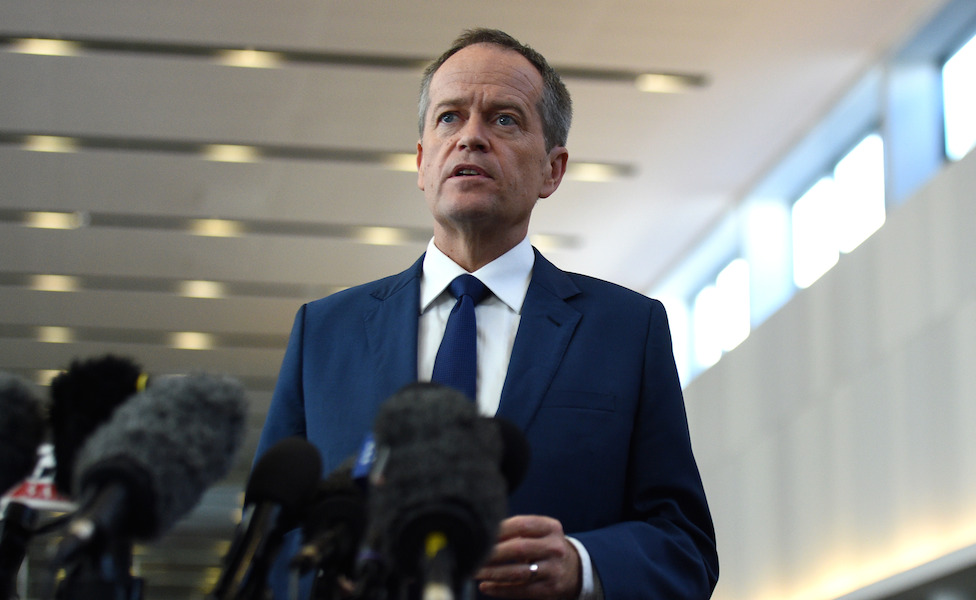 Labor’s federal election campaign has continued to be dogged by the asylum seeker issue, with a lone protestor heckling the Opposition Leader during an event in Brisbane.

Flanked by teachers on stage inside Brisbane’s convention centre this morning, Bill Shorten was making his education pitch in the first major set piece event of his campaign when he was interrupted by Adrian Skerritt.

“Mr Shorten, you’ve got a heart somewhere there,” he shouted.

“Extend your compassion to the refugees.”

Outside the event, Mr Skerritt said he taught refugee children and would have betrayed his students if he did not speak up.

“You can’t have an education policy which is supposed to be about inclusion, about fairness, compassion if at the same time you deal nothing but cruelty to people who’ve come here looking for a better life,” he said.

Mr Skerritt was asked by journalists if he had any political links but he declined to answer.

It has since emerged that he was a candidate for the Socialist Alliance in the 2004 Queensland election, running for the seat of Inala.

Mr Shorten said the treatment of asylum seekers was a tough issue.

“I promise that we will make sure that we process these people and get them into nations in our region, but we will not reopen the seaways and we will not be deterred from defeating the people smugglers and protecting life,” he said.

Prime Minister Malcolm Turnbull, who is campaigning in Sydney, said Labor could not be trusted to maintain a hard line on people smugglers.

“It’s all very well for Mr Shorten to say, just as Mr Rudd did in 2007, that he is going to be strong and that he’ll turn back the boats,” he said.

“Well Kevin Rudd buckled and abandoned the policy after he became Prime Minister — Bill Shorten will do the same.”

It is unusual for campaign events to be advertised to the public with political parties usually fearing it could lead to protests of this type.