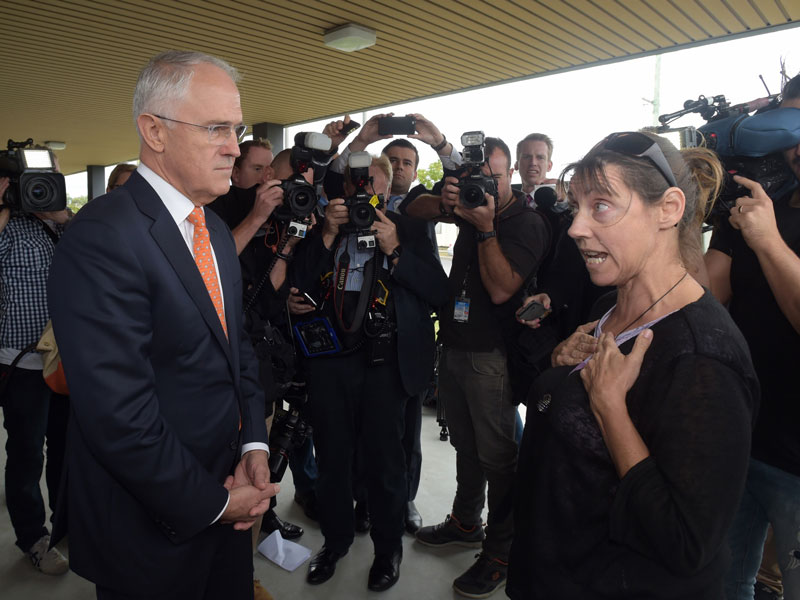 The business interests of a wealthy Prime Minister dominated day four of the election campaign with revelations that Malcolm Turnbull’s name had been discovered in the Panama Papers, a trove of leaked documents with information about the private dealings of the rich and powerful.

For Mr Turnbull, who has been attacked by Labor over his corporate links, the unwelcome distraction came courtesy of the Australian Financial Review’s search of the archive. The PM seized on the newspaper’s saving line that there was no suggestion of impropriety.

In 1993, Mr Turnbull – then a merchant banker – and former NSW premier Neville Wran were directors of Star Mining NL, an Australian-listed company with plans to develop a $20 billion Siberian gold mine called Sukhoi Log.

But the British Virgin Islands are a well-known tax haven for big and small global corporates, still operating with other tax minimisation ‘hubs’ like Singapore and Hong Kong. Mr Turnbull’s office had told the AFR the Prime Minister did not know of Mossack Fonseca’s involvement.

With a wry smile, Mr Turnbull told the travelling media that “regrettably” the venture did not turn a profit, but if it had, tax on that profit would have been paid in Australia.

Mr Turnbull also took his TV medicine, listening empathetically as he was berated by Melinda, a single mother, struggling with the costs of education before recovering at a luncheon at the gentlemen’s Collins Street Athenaeum Club.

For his part, Labor leader Bill Shorten, in Rockhampton, had to confront negative perceptions over the non-disclosures of Fremantle endorsed ALP candidate Chis Brown, a former official of the Maritime Union of Australia. The ALP’s national executive disendorsed Mr Brown, rejecting his pleas that he was not required to disclose assault charges from 1985 because they were spent (expunged) convictions.

He acknowledged that as a teenager he had been involved in an altercation at a festival, rejecting as inaccurate some leaked reports that he had assaulted a police officer.

MUA national president Christy Cain has threatened legal action against the ALP. He told the ABC the party never wanted Mr Brown as the Fremantle candidate and his disendorsement was a “fit up”.

The national executive, using a rule which gives it override powers, has given the endorsement to Fremantle deputy major Josh Wilson, whom Mr Brown defeated convincingly through the party’s pre-selection processes.

Offsetting this boilover of union in-fighting for a safe Labor seat, Mr Shorten has been joined on the campaign by his charming wife Chloe. Mr Shorten twice planted a loving kiss on her cheek to celebrate his 49th birthday. It was primetime gold, shamelessly humanising the Labor leader.

Before the 24-hour news cycle sweeps the week’s events away, it should be noted that Mr Turnbull is courageously holding the line against the backlash from within the Liberal Party over the alleged ‘retrospectivity’ of the government’s reforms for high wealth superannuants. Many economic commentators now say caps on super accounts eligible to enjoy lower tax apply only from July 2017. How can that be retrospective?

Also holding the line on his proposed negative gearing reforms to stop tax minimisation in future property and share investments is Mr Shorten. Again, economic commentators say these reforms are justified and overdue.

But for the purposes of political gamesmanship expediently the Liberal and Labor parties will not come to a bipartisan landing on both needed reforms. For a country in deficit distress this could be called a perversion produced by adversarial politics.