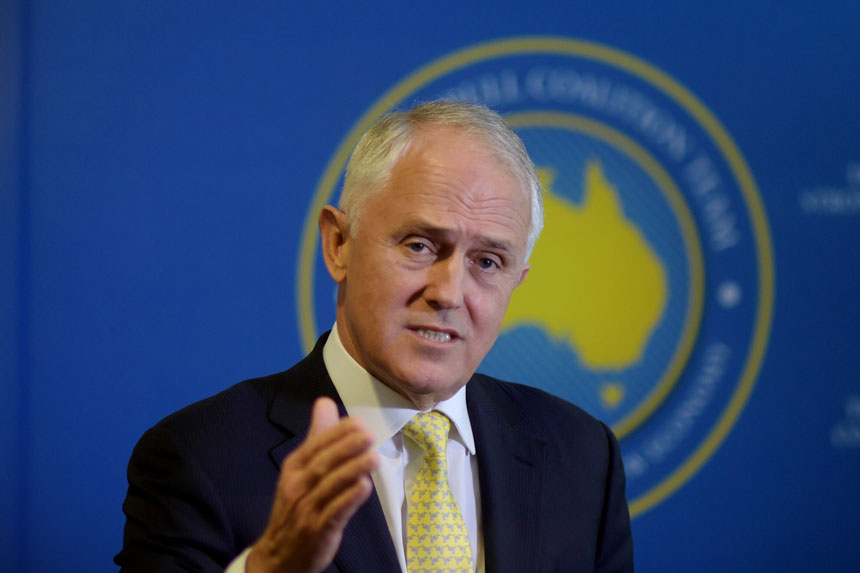 Mr Turnbull on Tuesday flew out of Brisbane and into the nation’s largest city, after a whirlwind tour of five marginal Queensland seats in two days.

It’s a different strategy to Opposition Leader Bill Shorten, who has spent time in just two Queensland electorates in the same number of days.

The Prime Minister is expected to spend his time in his home city a fair distance from his eastern suburbs electorate of Wentworth – which he holds comfortably.

There are 18 unpredictable seats in NSW, several of which make up Sydney’s outer and western suburbs.

It’s expected he’ll stay just one day in the harbour city – but he’ll be back on Friday for the campaign’s first public debate against his Labor counterpart Bill Shorten.

Meanwhile, Bill Shorten will continue his North Queensland election pitch on day three of the campaign, having vowed to spend a “fair bit” of time in the Sunshine State over the next eight weeks.

The opposition leader will spend most of his first week in regional Queensland, insisting if elected, he’ll be a Prime Minister for the whole country – not just the cities of Sydney, Melbourne and Brisbane.

He’s also ramped up his education focus, insisting the July 2 election will be a referendum on education, after revealing on Tuesday an electorate-by-electorate breakdown of where his $3.8 billion boost for schools will go.

The opposition leader is taking his education-focused campaign bus on a two-and-half week east coast tour from Cairns to Canberra, popping into 30 electorates along the way.