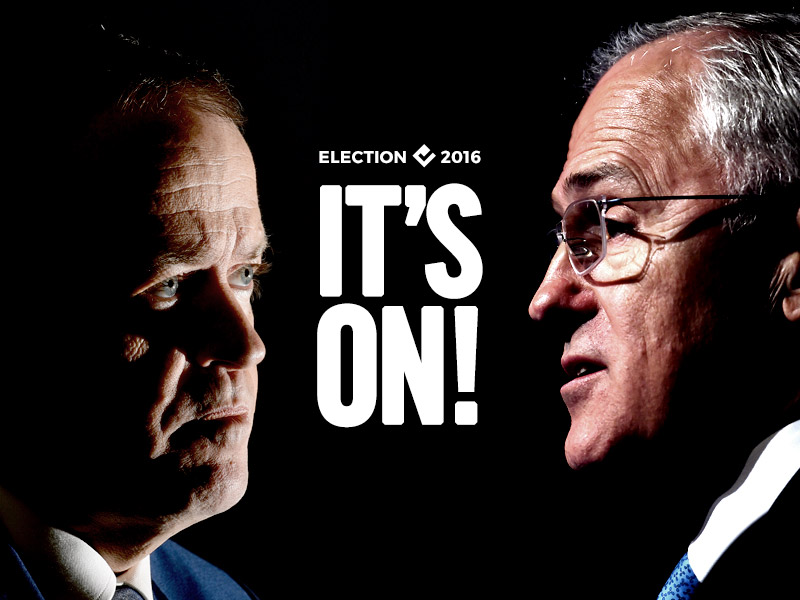 Nobody really expected Bill Shorten to be in a competitive position going into this election – perhaps even Bill Shorten.

But a combination of indecisiveness on Prime Minister Malcolm Turnbull’s part and policy boldness on Labor’s part means the polls are basically tied (as of writing).

That said, Mr Shorten has a huge job ahead of him. Convincing voters to go back to Labor so soon after the leadership chaos of the Rudd-Gillard period will be tough. That’s what lies behind one of Mr Shorten’s lines from his budget reply speech: “We have learned the hard lessons of the past.”

How Malcolm Turnbull plans to stay in power

The conventional wisdom is that governments lose elections, oppositions don’t win them. Mr Shorten will therefore hammer what Labor sees as Mr Turnbull’s main weaknesses, while trying to reassure voters that he and his team are competent and trustworthy.

That wisdom, I suspect, works less for Labor leaders, who are expected to excite the electorate as well. Mr Shorten is no dazzler, and will need Mr Turnbull to ramp up his error-prone ways to get over the line. Expect Labor to run a strong rapid-response game during the campaign, taking advantage of every gaffe.

What Shorten wants the election to be about: Fairness. Progressive parties are rated as worse economic managers, but they tend to do better on the question “Which party is better at managing the economy for ordinary people like you?”

This was Mr Shorten’s summary of his budget reply speech: “Mr Turnbull’s chosen to back in the big end of town, large corporations with tax cuts, providing tax cuts also for high net-worth individuals – on the same token, we see people, everyday people on average wages receiving absolutely no relief and still facing the same swingeing cuts in schools, hospital funding, pensions that Mr Abbott was pursuing, Mr Turnbull simply picked up and repeated.”

Main policy strengths (so far): Funding for schools. By committing to fully funding the Gonski education program Labor highlights both Coalition cuts and its own priorities.

Main policy weaknesses: Labor’s decision to crack down on negative gearing was crucial to its political resurgence. In a campaign it could become their major liability. Mr Turnbull has already signalled his intent to run a ferocious campaign about the threat of falling house prices and rising rents. Labor has not yet done a great job of making its case.

What Mr Shorten wants you to think about Mr Shorten: A man who has spent his life sticking up for workers and fighting for fairness.

What the Coalition wants you to think about Mr Shorten: A union hack with not the faintest clue about business, but with plenty of links to criminal union hacks, and who may have sold out workers. A faceless man who will forever be tied to the Rudd-Gillard machinations.

Going negative: The ALP wants you to know about every time Malcolm Turnbull has ever said or done anything that could possibly be construed as out-of-touch. We’ll hear too about Mr Turnbull backing away from his beliefs. Cuts to payments and services will feature heavily, as they both remind voters of a key Liberal weakness and tie Mr Turnbull to the Abbott years.

Secret power: Recent campaign experience. Labor National Secretary George Wright held the same position at the last election, and previously ran the Your Rights At Work campaign against WorkChoices. He not only understands politics, but how its practice has shifted in the past few years. Many of Mr Shorten’s campaign staff have recent experience at senior levels of government, and will be prepared for the intense scrutiny of a campaign.

Unknown: Right now voters just don’t see Mr Shorten as Prime Minister material. Polls show him lagging way behind Mr Turnbull as preferred PM, even though the party votes are roughly even. The campaign will ensure he gets equal coverage to the actual Prime Minister – if he can’t use that attention to shift opinions then Labor will not win.

Sean Kelly was an adviser to Kevin Rudd from 2009 then to Julia Gillard from 2010. He is on twitter @mrseankelly

Read his other columns for The New Daily here.

How Bill Shorten plans to bring down the Coalition