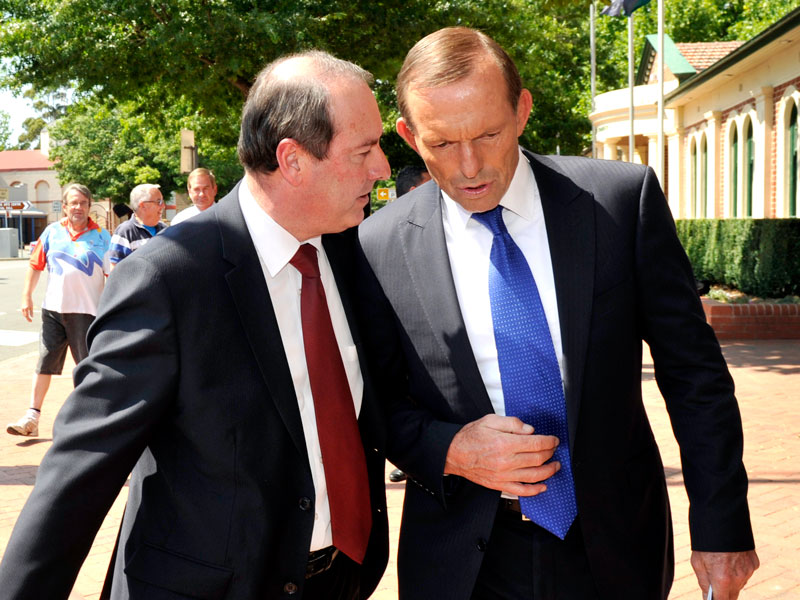 Late on Monday an email was sent by the Menzies Group, an informal organisation of Liberal Party members, to encourage followers to support Dr Hendy in his fight to retain his electorate in the July 2 election.

The email states “… some members have been heard at Canberra Liberals functions openly talking about their desire to see the incumbent (Hendy) lose the seat”.

A source familiar with the email told the ABC’s 7.30 there was a “boycott” by conservative members of the ACT Liberals, who would not campaign for Dr Hendy because they wanted “Peter punished for his role in removing Tony as prime minister”.

The email sent to Menzies Group members states: “That may have been the result of a heat of the moment dummy spit by a conservative power broker…

“It’s unlikely Eden-Monaro will receive the same level of support from Canberra as in the past, which is disappointing as the party was designed by Sir Robert Menzies to be a broad-based alliance of conservatives and moderates, and any true Liberals should prefer Malcolm Turnbull as Prime Minister over Bill Shorten.

“This means if members want to work towards preventing the election of a Shorten Labor government, and we should all want to prevent that happening, the best local option is to assist the Eden-Monaro campaign in Queanbeyan.”

In past federal elections, members of the ACT Liberal Party have crossed the border into NSW to campaign in the marginal seat of Eden-Monaro.

During the past 40 years the electorate has been regarded as a bellwether seat, as it has been won by the party that’s formed federal government at 17 consecutive elections.

The Menzies Group was established in 2013 with a platform “united in the belief that the local party must reform and broaden its appeal to members and the community more generally”.

Dr Hendy holds the seat on a margin of 2.9 per cent.

The assistant cabinet secretary was a crucial figure in the plot to unseat Mr Abbott from the prime ministership in September 2015.

In a statement to 7.30, a spokesman for Mr Abbott said the former PM “supports the election of the Turnbull government and looks forward to supporting his colleagues throughout the election campaign”.

When contacted by 7.30 Dr Hendy’s office said he did not intend to comment.