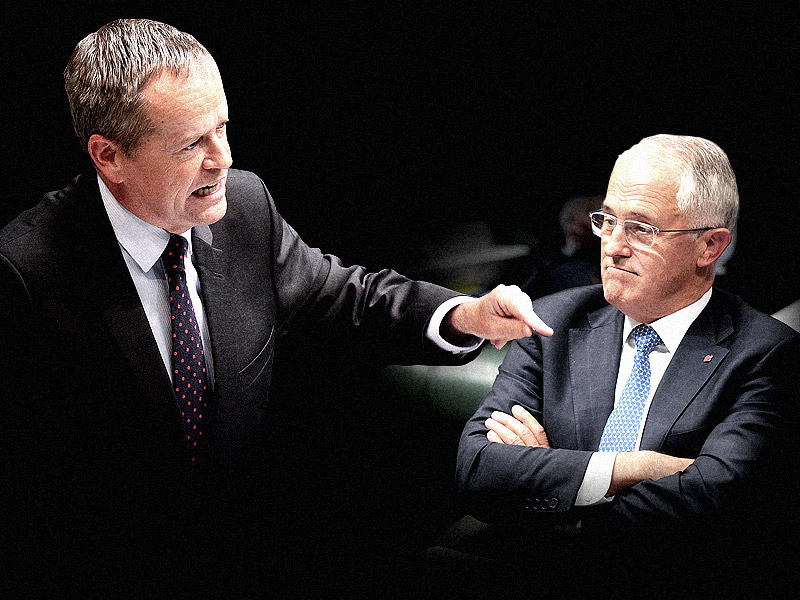 After waiting for months, Australian voters now know when they’ll be trotting off to the nearest school or church to choose the nation’s next government.

When Malcolm Turnbull deposed Tony Abbott to assume the prime ministership last September, the Coalition government surged to an almost insurmountable lead in the polls.

But the months since have seen that advantage whittled away to the point that the latest surveys show a dead heat.

Opposition Leader Bill Shorten needs a significant swing Labor’s way to become Australia’s fifth prime minister in six years, but his party has fought its way back to a fighting chance.

Here’s what each side needs to do from here to win.

With a commanding 90-50 lead in House of Representatives seats, the Coalition remain the bookies’ favourite to win the election, despite recent polls indicating the two major parties are neck-and-neck or showing Labor in front.

Australian voters rarely dump a government after just one term in power, but the Coalition is in serious danger of bucking that trend unless they save at least some of their marginal seats from changing hands.

With a 40-seat lead, Turnbull can afford to lose up to 19 seats and still retain power, although he’d obviously be hoping for a more comfortable victory.

The Coalition first and foremost needs to make sure it doesn’t lose too many marginal seats in Queensland and NSW. They can do that by making the most of sympathetic Murdoch media outlets and sticking to the message that Labor is a reckless big-spender that can’t be trusted with the economy.

They needn’t bother in Western Australia, where the Labor brand is tarnished enough that the Coalition should be able to hold strong there no matter what happens.

It would take something dramatic to see a change of government, and that’s why the X-factor in South Australia would be making the Coalition nervous. The launch of Nick Xenophon’s new political party has the potential to cause the kind of carnage that could see the hugely popular local Senator become a kingmaker, with his party threatening even blue ribbon Liberal seats like Sturt, held by Industry Minister Christopher Pyne.

Keeping the focus on $50 billion for submarines in Adelaide rather than the dying car industry will be essential if the Coalition is to weather the storm in South Australia.

If Xenophon wreaks the right kind of havoc in South Australia, Labor might just have a path to victory by holding ground in Victoria and reclaiming the huge swag of Queensland and NSW seats that switched to the Coalition at the last election.

To do so, Shorten and co need to venture into Rugby League territory and hammer home their message that the 2016 budget unfairly favours the rich over ordinary Australians, as they so successfully did to the Abbott government’s 2014 budget.

Focusing on the Coalition’s proposed corporate and high-income earner tax cuts will go a long way toward securing the support of voters in lower-socioeconomic areas that abandoned Labor in droves in 2013.

Continuing to tie reform of negative gearing to improving housing affordability is also vital, given the issue is a big one in wafer-thin marginal Queensland seats like Petrie, where the Coalition leads by just 0.5 per cent, and in seats on the outer edges of Sydney such as Lindsay and Hughes.

Western Australia is probably a bridge too far, but Labor can potentially point to the high number of job losses in Tasmania as a reason why Apple Isle voters ought to ditch the first-term Coalition representatives of marginal seats Lyons and Braddon, held by 1.2 per cent and 2.6 per cent respectively.

Continuing to lose ground to the Greens among young voters is a long-term demographic concern, but Labor should for now be able to count on left-wing preferences flowing their way, despite progressive dissatisfaction with Shorten’s support for harsh asylum seeker policies and onerous national security legislation.

Election 2016: what each party must do to win