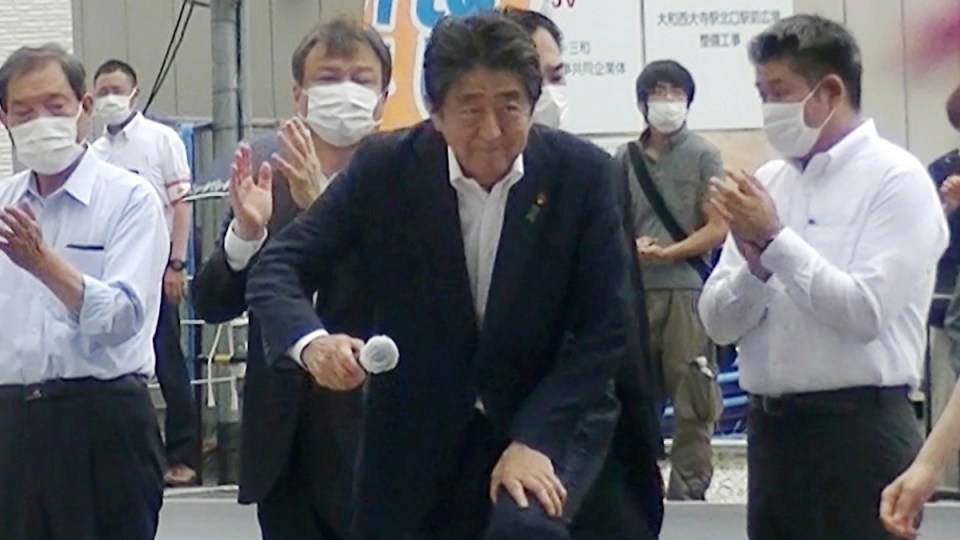 This photo catches assassin Tetsuya Yamagami, in the grey T-shirt, closing in on Abe seconds before the fatal shot. Photo: AAP

Tetsuya Yamagami, an unemployed 41-year-old, has been identified by police as the suspect who approached Abe at a campaign speech on a street corner on July 8 and opened fire with a handmade gun.

A court in Nara in western Japan, where the suspect lived and the shooting occurred, granted prosecutors’ request that Yamagami be held for psychiatric examination. Nara prosecutors could not be reached for comment outside business hours.

The evaluation would last until November 29, the Nikkei said, and would determine whether or not Yamagam.