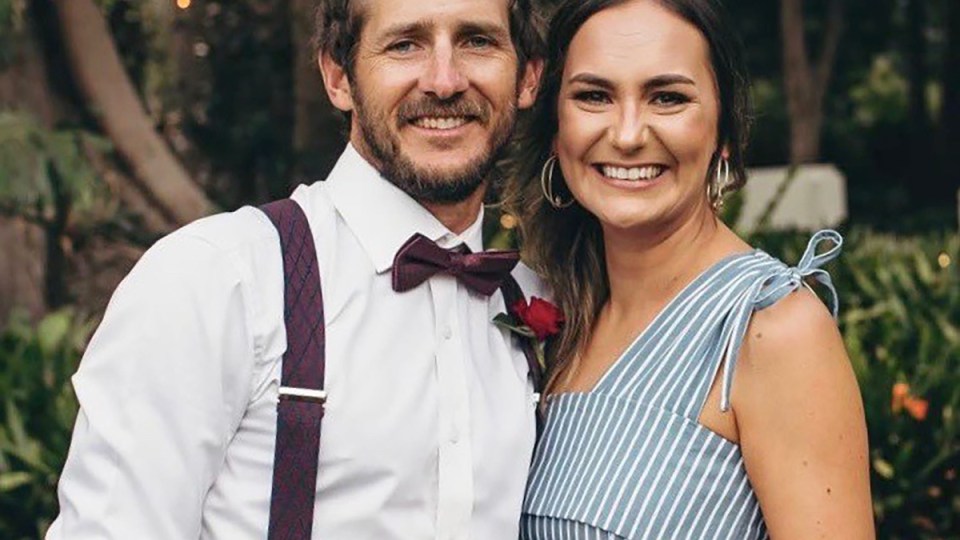 Matthew Field and Kate Leadbetter were walking their dogs when fatally struck by a Landcruiser. Photo: Supplied

Australia Day has taken on a new meaning for a devastated Queensland family after a young couple and their unborn son were killed by a drug and alcohol fuelled teenager in a stolen car.

“It will be a remembrance day,” Russell Field told a Brisbane court.

His son Matthew Field and partner Kate Leadbetter – who was six months’ pregnant – were walking their dogs in Alexandra Hills, southeast of Brisbane, when a 4WD ploughed into them.

The driver, who cannot be named because he was 17 at the time, ran a red light in a Landcruiser and collided with a truck before rolling and hitting the couple.

The teen – who was first charged with murder, but has pleaded guilty to two counts of manslaughter – fled, stealing keys from a nearby house before being caught by a resident and arrested.

Mr Field fought back tears as he told the court Australia Day – and his family’s lives – would never be the same again.

“Three lives were gone in an instant,” he said.

“Australia Day will now have a whole new meaning for us.”

Three hours after a TV news bulletin about a couple walking their dogs being killed gave the family a “bad feeling”, police arrived to “confirm our worst nightmare” following failed attempts to contact his son.

“You do not know what it is like – three hours of anguish, wishing, praying, hoping it was not them,” Russell Field sobbed to the court before taking aim at the teenager.

“My son knew right from wrong, and he knew there were consequences for your actions – there is no excuse, you could have stopped the car at any time,” he said.

“How could you create such destruction in people’s lives and then do a runner at the first opportunity you had?

Ms Leadbetter’s mother Jeannie Thorne described her only child as “the light of our lives, the hope for our future”.

‘Our family is destroyed’

“We will never see our girl again, never have grandchildren. Our family is destroyed,” she told the court.

She sobbed while describing the “unbearable … gaping hole in our everyday existence”.

“I shouldn’t be here today … I should be holding her baby boy, I should have a future filled with joy and family.”

Driver had been drinking, using cannabis

Prosecutor Todd Fuller said the teenager had been drinking and used cannabis before stealing the Landcruiser 20 minutes before the fatal collision.

“What followed is to be described as aggressive, reckless and highly dangerous use of a high powered vehicle,” he said.

The teen, on his learner’s permit, drove up to 100km/h, at times on the wrong side of the road, doing a burnout on soccer fields and nearly crashing numerous times.

A witness described the vehicle driving on a roundabout “so fast it sounded like his wheels were grinding on the road”.

Teen most protected in accident

Mr Fuller said the teenager was ironically the person most protected when the Landcruiser went through a red light striking a tow truck and rolled.

Family and friends of the teenager and the couple sobbed as details about the crimes were read and footage showed to the court.

The now 18-year-old sat with his hand over his face when the moment the pedestrians were struck and killed was shown.

The hearing was told he had been to court seven times for more than 100 offences since he was 15.

Justice Martin Burns is expected to sentence the teenager on two counts of manslaughter and a raft of other charges on Wednesday afternoon.