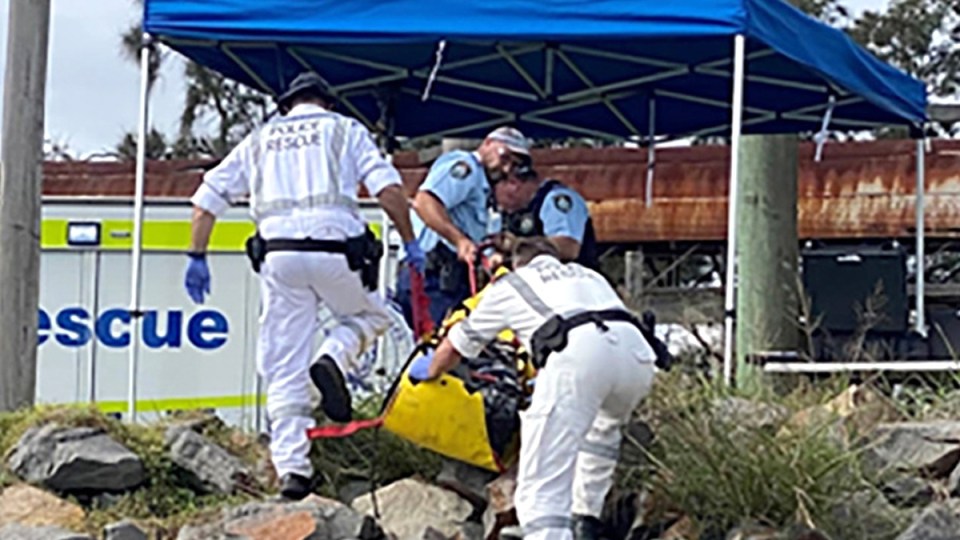 NSW Police are seeking to extradite a man over the underwater discovery of a diver's body and drugs. Photo: NSW Police

A man has been charged in north Queensland over a failed multimillion-dollar cocaine drug drop that left a diver dead in Newcastle this week.

James Blake Blee, 62, was taken into custody at Cairns Airport on Wednesday while – police allege – he was trying to board a flight to Singapore.

Mr Blee, a Queensland superyacht tour operator, will appear in Cairns Magistrates Court in connection with the investigation into the death of a mystery diver found near bricks of cocaine at a NSW port.

Police identified the scuba diver as a foreign national after he was found unconscious in the water and later died on Monday at the Port of Newcastle.

Police also found 54 kilograms of cocaine in the vicinity and believe the diver had been trying to retrieve the packages. The drugs were estimated to be worth $20 million.

NSW detectives from the Organised Crime Squad were travelling to Cairns to seek his extradition when he appeared in court in Cairns on Thursday.

Mr Blee is listed as a professional mariner, co-founder and operator of North Queensland Marine & Tours. It markets itself as “a must-contact for any superyacht owners” planning to visit Australian or Asian waters.

Police say the dead diver had sophisticated dive gear, including a “rebreather” apparatus that allows divers to breathe underwater without any telltale bubbles rising to the surface.

Authorities have searched the Marshall Islands-registered Areti cargo ship. They are investigating theories the drugs may have been thrown from the ship or attached to its hull, and the diver may have drowned while trying to retrieve them.

The ship arrived from Argentina on Sunday and remains docked in Newcastle.

It is unlikely the diver, if linked to the drugs, was acting alone, NSW Police Detective Superintendent Rob Critchlow said on Tuesday.

“These people have fled, so it’s quite disgusting that this man’s been left to die regardless of what he was involved with,” he said.

He said early investigations suggested at least two other men were involved in bringing the drugs from ship to shore.

“To put on a shipment of this scale is quite a complicated arrangement, and they are very, very professional,” he said.

Police do not believe Mr Blee was one of the divers ferrying the drugs from the Areti.