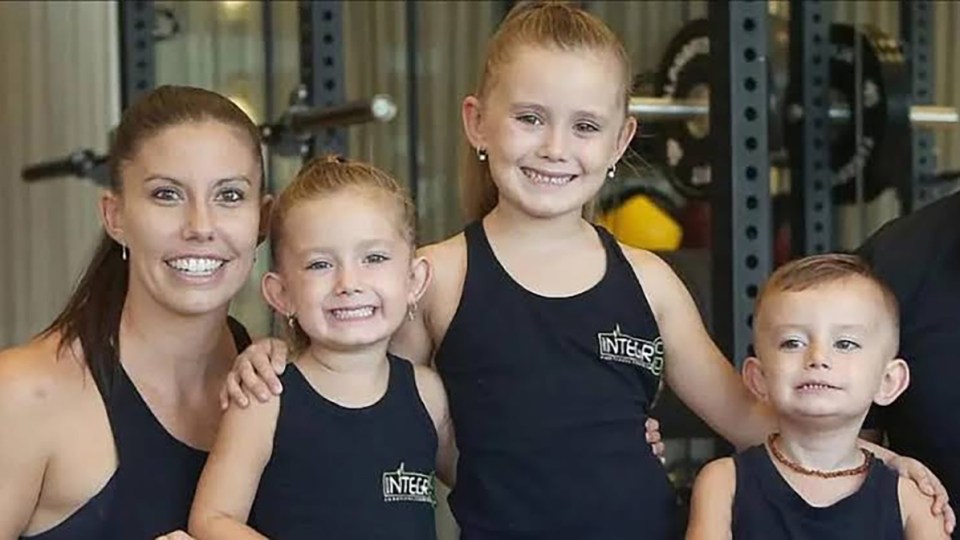 Rowan Baxter bought fuel, zip ties and three Kinder Surprise chocolates in the days before torching his estranged wife and children in a car on a Brisbane street, an inquest has been told.

Less than a month earlier, a psychologist wrote a reference saying she had no concerns about Baxter’s mental health.

Five days after Vivian Jarrett’s review of Baxter’s parenting strategies found all seemed to be in order for him to regain contact with his three children, the 42-year-old man wrote a death note.

Found after he killed himself and his family in February 2020, it contained the words: “I’m finishing your game. I don’t want to play anymore. I have told the kids that you loved them. They will miss you, I’m sure.”

Dr Jarrett agreed with counsel assisting the coroner Jacoba Brasch that Baxter was at a high risk of harming others because of his separation, controlling behaviour and jealousy.

Trying to ‘pull the wool’ over her eyes

She was aware he may be trying to “pull the wool” over her eyes – during their six sessions from December 2019 – to create good evidence for the family court in a bid to regain access to his children.

But she did not detail those concerns in her notes typed after each session.

“I did not think it was relevant to document it,” Dr Jarrett told the inquest on Wednesday.

She was aware Baxter was the subject of a temporary protection order but did not see or ask about it.

Dr Brasch said the psychologist still wrote the “glowing letter” about Baxter a month before he killed his family and provided a statement to police the day after their deaths saying he was “level headed and low risk”.

“Mr Baxter has been stressed over his wife leaving him suddenly but has been coping remarkably well given the situation with a whole range of people,” the letter said.

‘He has been very open and sincere’

“He has been very open and sincere in our sessions.

“I have no concerns about his mental health.

“Contact with his children would be ideal and after reviewing his parenting strategies all seems in order for him to regain contact.”

Dr Jarrett insisted Baxter’s mental health had improved partly based on a questionnaire he filled out before each session.

“I only have the information in front of me,” she said.

The psychologist earlier infuriated Dr Brasch when it was revealed she had not handed over all her paperwork regarding Baxter.

“It had not crossed my mind,” she said.

Hannah Clarke was leaving her parents’ home in Camp Hill to take her children – Aaliyah, six, Laianah, four, and Trey, three – to school when Baxter got into the car, poured fuel inside and set it alight on February 19, 2020.

The inquest on Wednesday also heard incidents of “dousing” partners with flammable liquid had risen 50 per cent since Ms Clarke’s death, often as a way of putting terror into women.

Thought Ms Clarke was not at imminent risk

Social workers from Brisbane Domestic Violence Services, who cannot be identified, said they thought Ms Clarke was not at imminent risk the month before she was killed, and also regarded the police response to her situation as appropriate.

The organisation’s sole intake worker said up to 60 referrals were coming into the service at the time she spoke to Ms Clarke on December 9, 2019.

Another worker said the service received more than 4000 referrals a year.

Asked about the police not being told about Ms Clarke having been choked by Baxter during sex in November, one worker said many women spoke about strangulation.

The response by social workers may depend on whether the women are ready to tell police.

“There’s so many reporting strangulation, dousing has gone up by 50 per cent in some cases since Hannah’s death,” she added.

“It’s becoming a much more active way of putting terror over to women.”

The worker said some men “just intimidate with it” while others start fires.

Another worker saw Ms Clarke at her parents’ home on January 8 after Baxter abducted one of their children on Boxing Day.

That behaviour was a “huge red flag” but, with the police and the service already involved, the worker did not believe Ms Clarke was at imminent risk.

Psychologist had ‘no concerns’ with Baxter