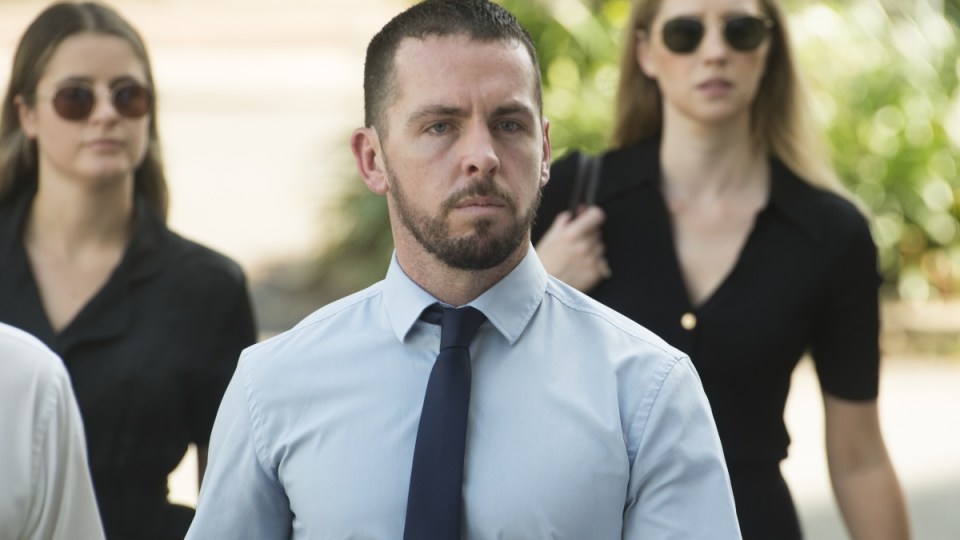 The jury has retired in the trial of Zachary Rolfe, who fatally shot an Aboriginal teenager. Photo: AAP

The jury at a Northern Territory policeman’s murder trial over the shooting of an Aboriginal teenager has suspended its deliberations for the day.

Constable Zachary Rolfe, 30, denies murdering Kumanjayi Walker after the teen stabbed him with a pair of scissors on November 9, 2019.

He also pleaded not guilty to the two alternative charges of manslaughter and violent act causing death.

The jury retired about midday on Thursday and deliberated through the afternoon before breaking late in the day. It will resume at 9.30am on Friday.

Rolfe fired three shots into the 19-year-old’s back and torso as the teen resisted arrest in Yuendumu, 290km northwest of Alice Springs.

The Crown has conceded the first shot, fired while Mr Walker was standing and wrestling with Sergeant Adam Eberl, was justified.

Justice John Burns told the jury that to return a guilty plea for murder it had to find Rolfe intentionally engaged in conduct that caused Mr Walker’s death and he intended this to happen.

He said the Crown must also prove beyond reasonable doubt that Rolfe was not defending himself or another person and that his conduct was not reasonable in the performance of his duty as a police officer, and that he was not acting in good faith in that same job.

He said police officers are called on to make split-second decisions and often do not have the “luxury of time to reflect, particularly when confronted by violent offenders”.

“It would be contrary to the public interest if police officers were deterred from making these often crucial decisions by the threat of criminal prosecution,” he said.

“For this reason they are provided by a measure of legal protection while acting in the course of their duties.”

Justice Burns instructed the jury to consider what actually happened on November 9 and Rolfe’s perception of what was happening as it occurred.

He also said it must be fearless and not let sympathy or feelings about Rolfe or Mr Walker or others’ views affect the verdict.

The four-and-a-half week trial has heard evidence from about 40 witnesses. Jurors have also repeatedly been shown police body-worn camera footage of the shooting.

The Crown said senior police sent Rolfe and four other officers from Alice Springs to patrol the community of about 800 on the evening Mr Walker died.

They were also ordered to gather intelligence about the teen’s location and arrest him early the following morning when he was likely to be sleeping and easily taken into custody.

Police video shows Mr Walker lie about his identity before Rolfe and Sgt Eberl, then a constable, attempt to handcuff him as a scuffle breaks out.

Stabbed with a pair of scissors

The teen then stabs Rolfe in his shoulder with a pair of scissors before the constable fires one shot into his back.

He fires the next two shots in quick succession 2.6 seconds later.

Prosecutor Philip Strickland SC has said Sgt Eberl was effectively restraining Mr Walker on the ground at the time.

He said Rolfe was on a mission to track the teen down after he watched a video of him violently threatening other officers with an axe on November 6.

Rolfe has told the jury he felt Mr Walker’s hand on his police pistol, and that he feared for his and his partner’s lives.