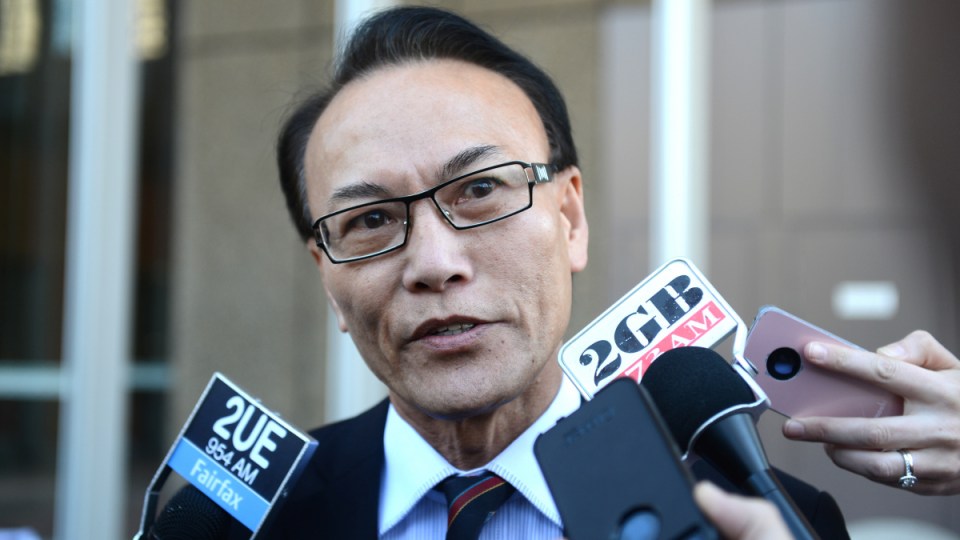 Two men will serve at least two decades behind bars for the brazen daylight execution of a Sydney solicitor as he sat with friends at a shopping centre cafe.

Bankstown lawyer Ho Ledinh, 65, was shot three times with a .45 calibre handgun as he sat outside the Happy Cup Cafe at Bankstown City Plaza on January 23, 2018.

In sentencing the men in the NSW Supreme Court on Friday, Justice Robert Allan Hulme said “the way in which the murder was carried out was brazen in the extreme”.

He rejected Keleklio’s evidence that he had intended only to injure his target, finding he intended to kill the lawyer.

He had pleaded guilty to the murder, while Sinai was found guilty on the basis of being part of a joint criminal enterprise with his role, including planning and helping the gunman.

Justice Hulme said Mr Ledinh’s clients included people in the drug trade and events in the months leading up to his death may well have had something to do with the shooting.

He referred to victim impact statements, one of which said “he was not an angel, not perfect but much loved”.

The judge noted that a crime carried out in an amateurish way was “not necessarily a crime of lesser seriousness”.

“As shambolic as some aspects were this was a shooting to kill.”

He set a maximum term of 30 years for Sinai and 27 years for Keleklio.

Men jailed for the brazen murder of lawyer