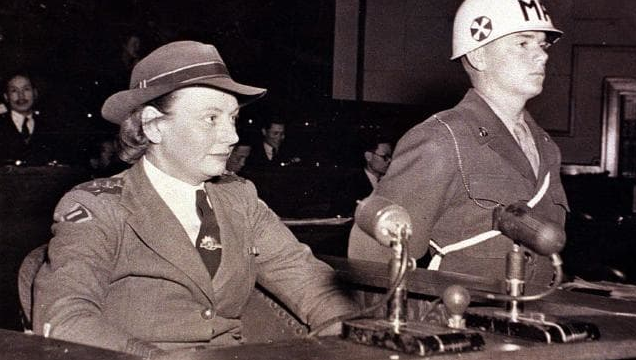 On the morning of February 16, 1942, 22 Australian nurses, survivors of the sunken merchant ship SS Vyner Brooke, were marched into the surf by Japanese soldiers off Bangka Island, east of Sumatra.

In one of the worst atrocities of Australia’s involvement in World War II, all bar one would not make it back to the beach alive.

The others, their backs turned in the waist-deep water, were machine-gunned to death from behind. Lieutenant Colonel Vivian Bullwinkel alone survived by pretending to be dead rather than wounded.

The women were among some 100 nurses, sailors and British soldiers evacuated from Singapore two days earlier aboard the Vyner Brooke due to the pending Japanese invasion.

Twelve were killed when the vessel was bombed in the Bangka Strait shortly after leaving port.

They surrendered to the Japanese but the shipwrecked men were separated into two groups by their captors early on February 16 and slaughtered.

The Australian nurses were then shot and those who lay injured on stretchers on the beach were bayoneted.

Marking the 80th anniversary of the Bangka Island Massacre, the Australian College of Nursing says the incredible courage displayed by the women left a legacy that continues to impact the profession.

“Eighty years ago, a group of Australian nurses paid the ultimate sacrifice for their dedication to serve their country and use their expertise to care for those who needed it most,” said CEO and adjunct professor Kylie Ward.

“All the nurses on board the Vyner Brooke were highly skilled professionals at the cutting edge of health care innovation for their time.”

Prof Ward says the women came from a variety of clinical and personal backgrounds, hailing from Perth to Broken Hill, Sydney to Ballarat and everywhere in between.

“When the bombs were falling … it was the nurses who stood tall to lead the ship’s evacuation and treat the injured,” she said.

“On Bangka Island, they endured exceptionally trying conditions in the face of death.

“Even in their final moments, they stayed true in their commitment to care for others, with several supporting their injured nursing colleagues walk into the water before their tragic deaths.”

The ACN Foundation is to establish a scholarship in the name of each of the 21 nurses and is leading fundraising efforts to erect a sculpture of Ms Bullwinkel in the grounds of the Australian War Memorial.

To commemorate the 75th anniversary of the massacre, 80 people including descendants of the nurses, attended a service in Indonesia in 2016.

Many continued to Radji beach, where a further ceremony was held and a plaque laid in the sand describing what happened there.