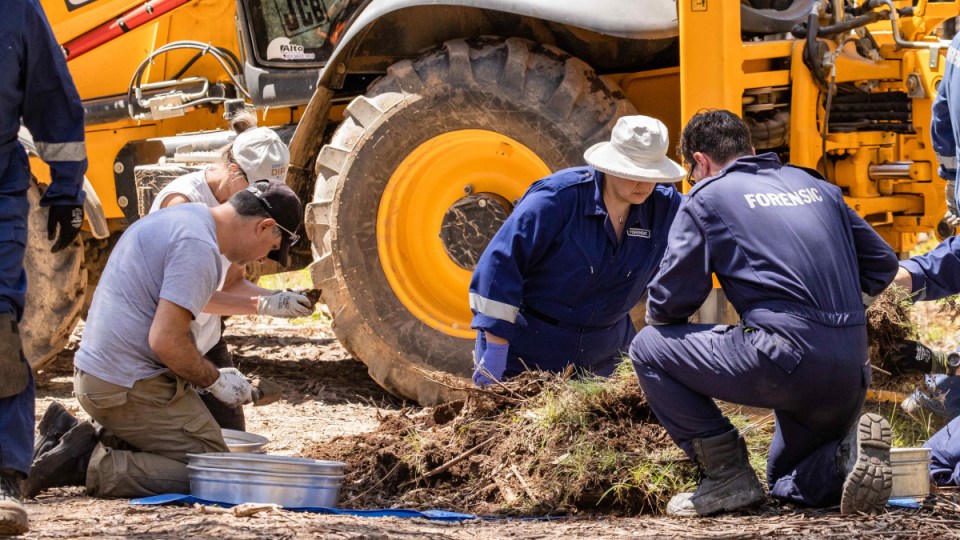 Police have used earthmoving equipment in their search, and then sifted through dirt by hand. Photo: AAP

Investigators on Tuesday found the remains in bushland near Dargo, in Victoria’s high country.

“The remains are yet to be formally identified and it is expected this process will take some time,” police said in a statement on Tuesday.

Police ramped up their search for the pair and zeroed in on the crime scene on Sunday after charging 55-year-old Greg Lynn with two counts of murder last week.

At the scene on Tuesday, an excavator dumped dirt on a blue tarp before forensic officers sifted through it – setting any potential bone fragments aside.

It has been one of the force’s most high-profile cases in recent years.

Mr Hill and Ms Clay were last heard from in March 2020 when Mr Hill, an experienced outdoorsman, made a call via high-frequency radio saying he was at Wonnangatta Valley.