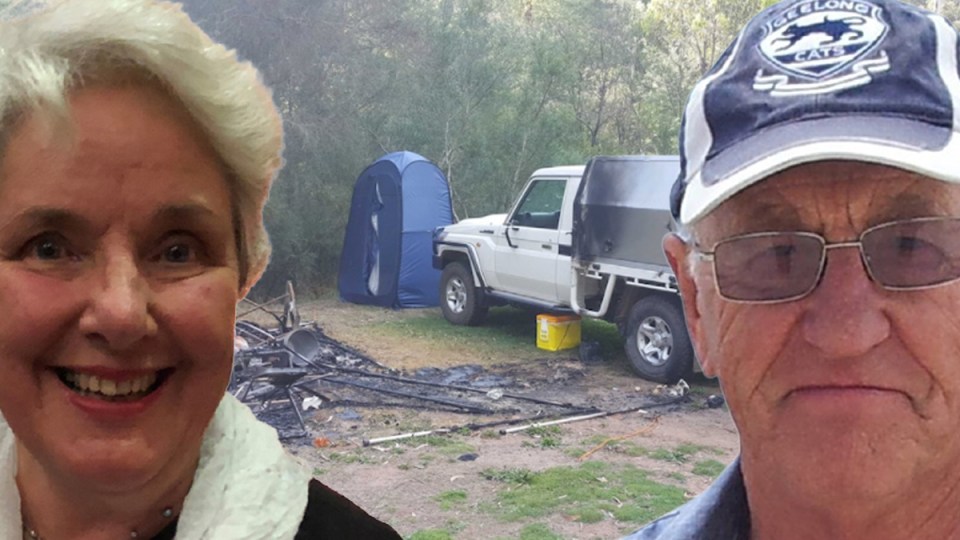 Victoria Police say it is yet to be confirmed if the remains are those of Russell Hill and Carol Clay. Photo: Supplied

Police have found remains in their search for missing campers Carol Clay and Russell Hill.

Investigators found the human remains in bushland near Dargo in Victoria’s high country on Tuesday, as part of their stepped-up search for the missing couple.

“The remains are yet to be formally identified and it is expected this process will take some time,” police said in a statement on Tuesday.

Police had descended on Dargo this week to begin their painstaking search for Ms Clay and Mr Hill, who have been missing for 20 months.

Dargo, a remote town in the alpine region, is less than 40 kilometres from where the couple were camping together when they went missing in March 2020.

The human remains were found on Tuesday near the Providence Spur track in the Grant Historic area, which is an old gold-mining town.

“We have a considerable number of police specialist resources attending … it is going to be a painstaking search that could take some considerable time,” Inspector Matt Gleeson told ABC Gippsland on Monday.

Greg Lynn, 55, has been charged with two counts of murder and is at Melbourne Assessment Prison.

“We are hopeful that we will locate the remains of Mr Hill and Ms Clay … and provide closure to their families,” he said.

Mr Hill and Ms Clay were last heard from in March 2020 when Mr Hill, an experienced outdoorsman, made a call via high-frequency radio saying he was at Wonnangatta Valley.

Police also want to speak to anyone who was in the Wonnangatta area about that time, including “campers, 4×4 daytrippers, hunters, fishermen or trail bike riders”, regardless of whether they saw or heard anything.