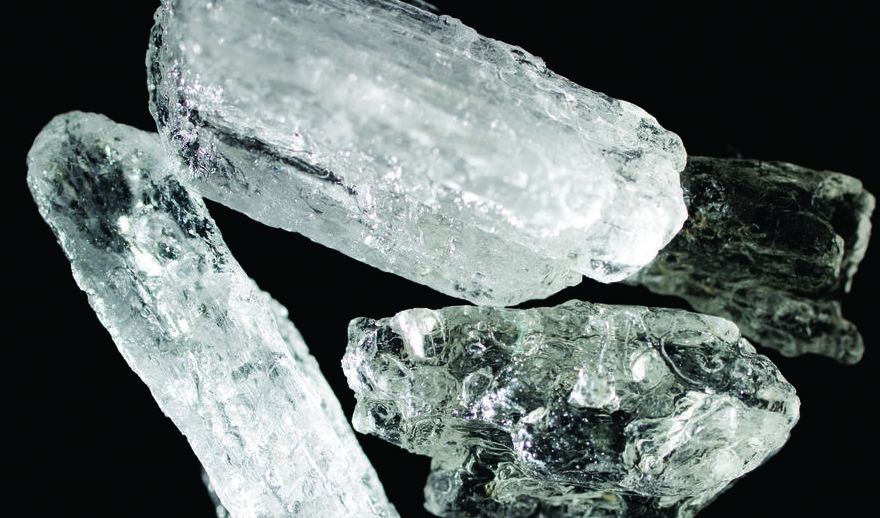 Two men have been caught allegedly trying to smuggle more than $4 million worth of the drug ice into Tasmania by disguising the substance inside camping gear.

On September 27, Australian Border Force officers discovered three kilograms of crystal methamphetamine hidden inside a package containing camping equipment that had arrived into Hobart from overseas.

As part of a joint investigation involving Tasmanian and federal police, the package was monitored by officers as it was delivered to several different addresses, ending up at a property in Glenorchy.

Officers stormed the property to find the drugs had been removed from the camping package and placed into a red bag, Australian Federal Police Detective Sergeant Aaron Hardcastle said.

Two Glenorchy men, aged 51 and 58, were arrested on Friday and charged over importing commercial quantities of a border-controlled drug, which carries a maximum penalty of life in prison.

Det Sgt Hardcastle said federal police were not ruling out charging other people involved in the operation.

“The investigation is ongoing and we will continue to pursue all investigative leads, so we’re not ruling out further charges for further persons,” he told reporters in Hobart.

“Sadly, the drug market in Australia remains strong, but the ability of Australian law enforcement agencies, and our overseas counterparts, to combat these crimes and the insidious drug trade remains strong.”

Police said the street value of the drugs is up to $4.5 million and may have resulted in 30,000 drug deals.

Bernard Collaery case is a rare whistleblower win, but why was he prosecuted?
Nitram: Director Justin Kurzel goes where many filmmakers would fear to tread
Today's Stories