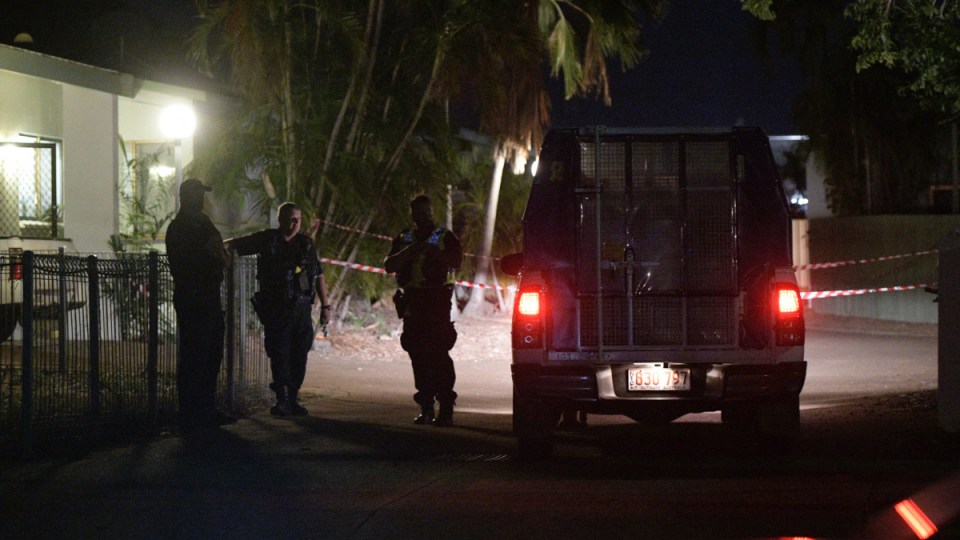 A woman has recounted a gun blowing open her flat's front door and she thought she was about to die. Photo: AAP

Catherine Milera thought she heard a car backfiring, but seconds later a shotgun blast blew the front door to her Darwin apartment open and she thought she was about to die.

“I sank to the floor. I couldn’t get my mobile to work, my hands were shaking,” she told the Northern Territory Supreme Court on Monday.

“The door was kicked [fully] open, splinters flew into the unit,” Ms Milera said as she recounted the events of June 4, 2019.

That’s the day Benjamin Glenn Hoffmann, 47, is accused of murdering four people with a shotgun during a drug-fuelled afternoon rampage across the city.

One of his alleged victims is Nigel Hellings, who lived next door to Ms Milera.

“He walked in. He appeared to be on a mission. He knew what he was looking for,” Ms Milera said fighting back tears.

“He looked like a tradie … but with a shotgun.

“I was lying on the ground thinking I was going to die.”

Ms Milera kept her head down and tried to avoid making eye contact with Hoffmann as he allegedly walked past her with a shotgun asking where a man named Alex was.

“I realised my only way of surviving was to not be a witness,” she said in a police interview recording played for the jury.

“I was shaking. I said something like ‘I don’t know who Alex is, my name is Catherine, there is no Alex here’.”

Ms Milera said Hoffman checked all the rooms in her apartment before saying sorry and walking out.

Hoffmann has pleaded not guilty to four counts of murder and 10 other serious charges, including threatening to kill and recklessly endangering life.

His defence lawyer Jon Tippett QC has asked the jury to focus on Hoffmann’s psychological state when he allegedly committed the offences.