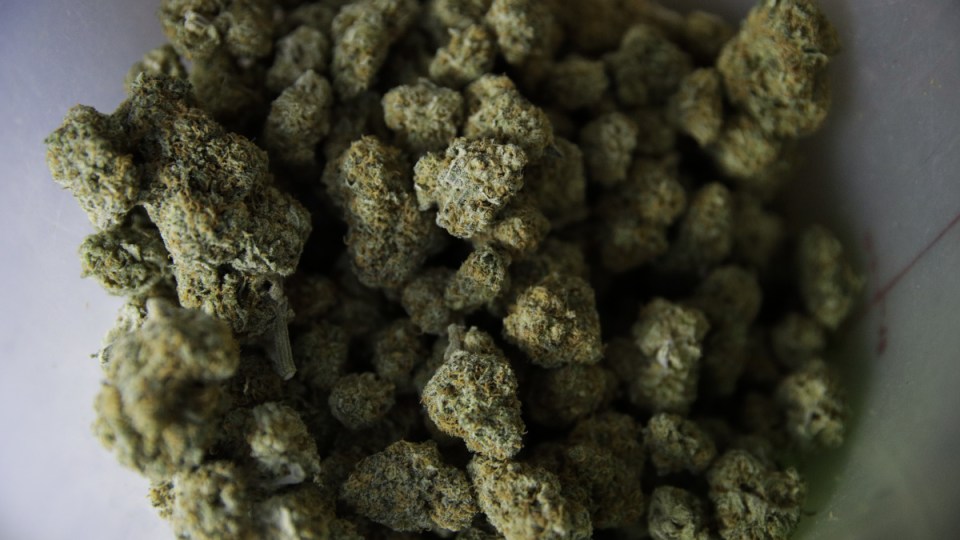 A Sydney man has allegedly been caught with $1.2 million worth of cannabis at the Queensland border. Photo AAP

A Sydney man has allegedly been caught after twice trying to cross the Queensland border with 145kg of cannabis worth $1.2 million.

The 48-year-old was trying to drive his van through through a border checkpoint on Griffith St, Coolangatta, about 8.50pm on Thursday when police realised he had already tried to cross over earlier in the day.

He told them he had been transporting goods from South Australia but couldn’t provide a valid permit, and officers found out he was actually from Greater Sydney.

The man was denied entry to Queensland and taken to Tweed Heads Police Station for COVID-19 testing.

Officers searched the van, finding 145kg of cannabis in vacuum sealed bags hidden inside two large hot water systems and a toolbox. Police say the street value of the drugs is $1.2 million.

They also seized two mobiles phones, a knife, and other documents, which will be tested.

The man tested negative for COVID-19 but was charged with supplying a large commercial quantity of a prohibited drug, custody of knife in public place and not complying with a public health direction.

Police have also charged a man who allegedly had a large quantity of ice stashed in his vehicle when it was pulled over at a border checkpoint on the Gold Coast on Tuesday.

Officers say the 40-year-old tested positive for drugs during a roadside test and a search uncovered 236 grams of the drug hidden under the carpet in the foot well. He also had $1800 in cash.

The man, from the Gold Coast suburb of Hope Island, is facing charges including possessing a dangerous drug.

Man had $1.2m of cannabis at Qld border