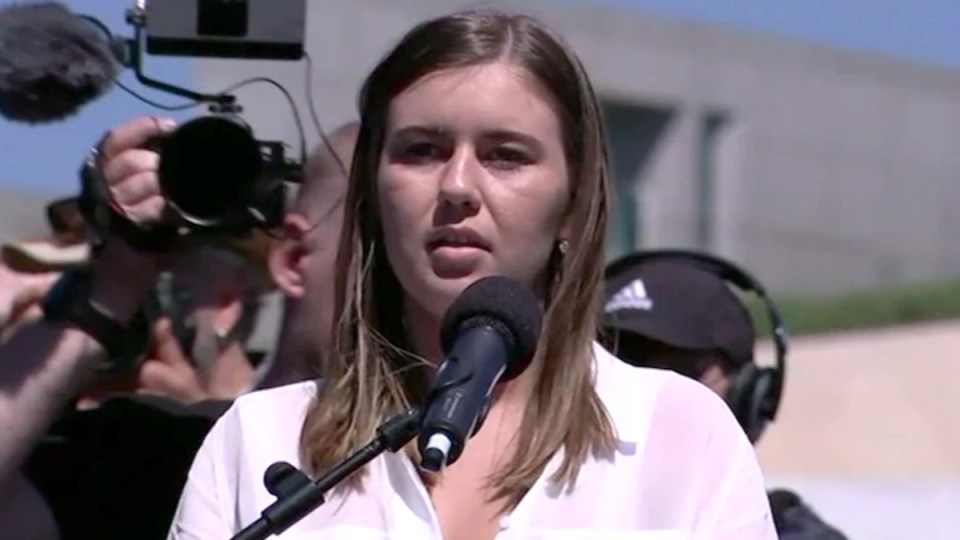 Brittany Higgins at the Women's March for Justice in Canberra.

The man accused of raping former Liberal staffer Brittany Higgins will be charged over the alleged 2019 incident at Parliament House.

ACT police on Friday summonsed the 26-year-old to appear before the ACT Magistrates Court on September 16.

Police will allege the man had sexual intercourse without consent at Parliament House on March 23, 2019.

The charge carries a maximum penalty of 12 years’ jail.

Ms Higgins went public with the allegation in February triggering a firestorm over a toxic culture in federal politics and national debate about the treatment of women.

She alleged she was raped by a colleague while working for then defence industry minister Linda Reynolds.

“The investigation remained open and in February 2021 a formal complaint was made,” they said in a statement.

“Detectives have since spoken to a number of witnesses and collected evidence as part of the investigation.”