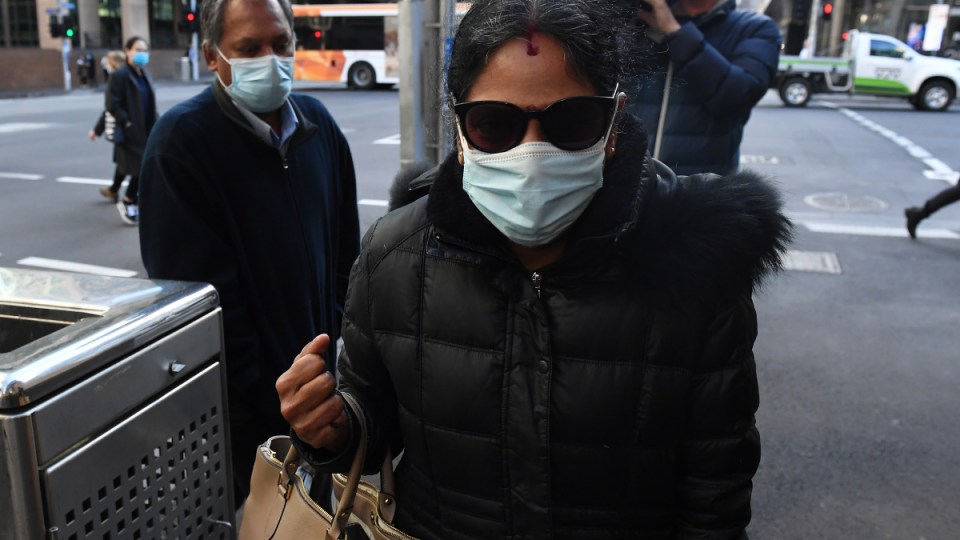 A Melbourne woman who has shown no regret or sorrow for holding another woman captive as a slave over eight years will spend the same time behind bars.

Kumuthini Kannan was found to be more culpable than her husband Kandasamy Kannan, who was described as susceptible to a degree of domination by his wife.

They were convicted of enslaving a vulnerable Tamil woman in their Mount Waverley home between 2007 and 2015.

Justice John Champion said both had persistently failed to come to grips with the reality of their situation.

“You both grossly exploited a vulnerable person for which you should be ashamed,” the judge said in sentencing them on Wednesday in the Supreme Court.

“I am quite convinced that you both believe you did nothing wrong.”

Her life in Tamil Nadu, in southern India, was dominated by financial struggles and deprived circumstances.

She left school at six and began working at 12. She married and had four children but was widowed young and left to raise her family alone.

While the woman might have consented to the rights of ownership they exercised over her, Justice Champion said that simply reflected her desperation to alleviate her life of poverty.

“Slavery is regarded as a crime against humanity,” he said.

“Your offending occurred in the daily presence and with the obvious knowledge and comprehension of your children.

“You set them a deplorable example of how parents should act towards another human being.

“Her life was controlled largely in the privacy of your own home and care was taken by you to keep her true status from others in your community … so that your dirty secret was maintained.

“This court publicly condemns you both for your disgraceful conduct.”

Despite desperate pleas to be allowed to return home, the woman was forced to work up to 23 hours a day caring for the couple’s children, cooking, cleaning and doing chores.

She was a hard worker who tolerated being at their beck and call.

She had tea and curries thrown at her, was beaten with a frozen chicken and when her son-in-law asked the Kannans to let her return home they responded “f— you”.

In exchange she was paid what amounted to $3.36 a day.

The woman, now in her 60s, was rushed to hospital by ambulance in July 2015 after collapsing.

She was malnourished, suffering untreated medical conditions including sepsis and diabetes, and was in a “dreadful” state, described by an emergency room doctor as “fading away”.

Kumuthini Kannan lied about the woman’s identity to paramedics and hospital staff, meaning the woman was admitted to hospital under the wrong name.

Parallel to this, Victoria Police had been asked to check on the woman’s welfare on behalf of her worried family in India.

They visited the Kannans, who gave deliberately embellished and false stories. They weren’t uncovered until September 2015, when the family’s lawyer contacted police saying they wished to apologise.

It still took several days for authorities to untangle the lies and connect the dots.

Justice Champion said their conduct was reprehensible and had they been honest from the start they could have relieved some anxiety for the woman’s family.

The woman was released from hospital in October 2015 into the care of a nursing home, where she remains.

Justice Champion also criticised the Department of Immigration for being “missing in action”.

Had there been an appropriate follow up investigation after the short-stay visa was overstayed the “whole ugly scenario” that played out might have been avoided, he said.