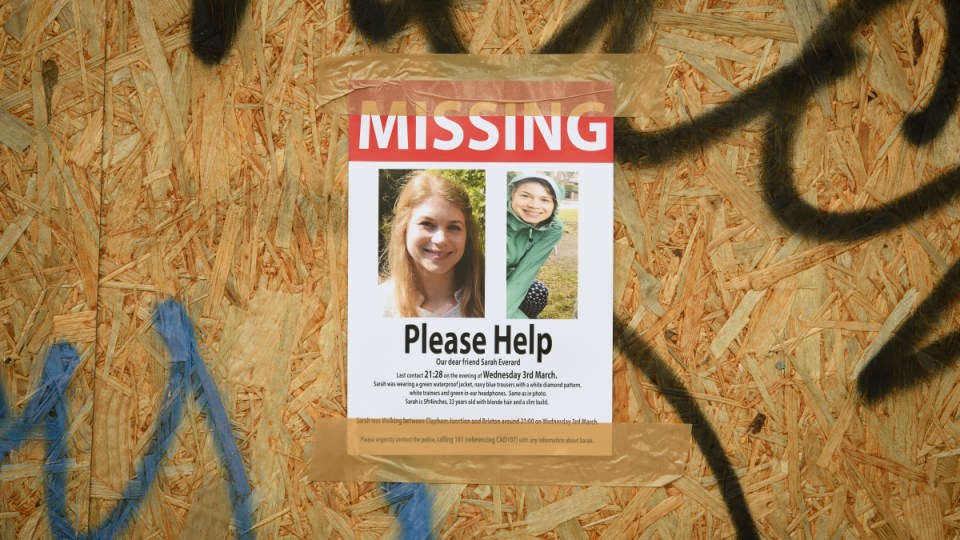 A police officer has admitted murdering Sarah Everard whose killing sparked anger and soul-searching across Britain about what police, government and society can do to stop male violence against women.

Everard, 33, was abducted as she walked home from a friend’s house in south London on March 3.

Her body was later found in woodland about 80 kilometres away in southeast England.

A post-mortem last month concluded she had died as a result of compression of the neck.

Couzens kidnapped Everard in a hire car as she walked home alone from a friend’s house in Clapham, south London.

The sexual predator, who had clocked off from a 12-hour shift that morning, went on to rape and strangle the marketing executive.

Police launched an urgent inquiry after Everard was reported missing by her boyfriend.

Couzens, a firearms-trained parliamentary and diplomatic protection officer, wiped his phone just minutes before he was arrested at his home in Deal, Kent, on March 9.

The following day – a week after she disappeared – Everard’s body was found in a woodland stream in Ashford, Kent, just metres from land owned by Couzens.

The killing has sparked protests at the rate of violence against women.

Police were criticised over the manhandling of women at a vigil for Everard attended by the Duchess of Cambridge.

It can now be reported that Couzens, who joined the Met in 2018, had booked the hire of a Vauxhall Astra and bought a roll of self-adhesive film days before the murder.

At around 9pm on March 3, Ms Everard set off on foot for the short journey home, chatting with her boyfriend by mobile phone on the way.

A camera attached to a passing marked police car captured her walking alone at 9.32pm.

Just three minutes later, a bus camera appeared to capture the moment she was intercepted by Couzens in Balham, south London.

Two figures could be seen standing by the hire car, which was parked on the pavement with its hazard lights flashing.

In a police interview, Couzens concocted an elaborate story and claimed to be having financial problems.

He said he had got into trouble with a gang of Eastern Europeans who threatened him and his family.

A gang demanded he deliver “another girl” after underpaying a prostitute a few weeks before, he said.

He kidnapped Everard, drove out of London and handed her over to three Eastern European men in a van in Kent, still alive and uninjured, Couzens claimed.