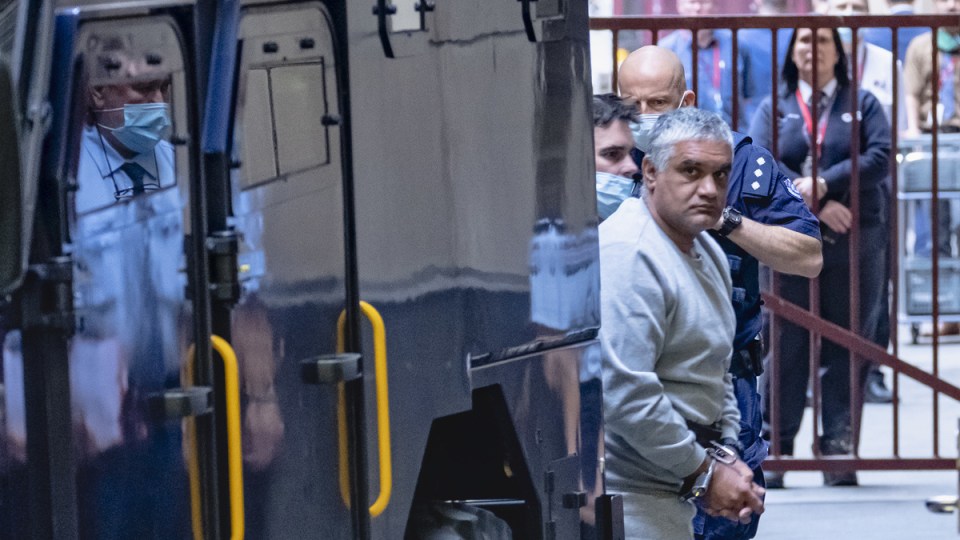 Mohinder Singh is led into court for an earlier appearance. Photo: AAP

Truck driver Mohinder Singh has been jailed for at least 18 years and six months for hitting and killing four police officers on Melbourne’s Eastern Freeway.

Singh was short on sleep and high on drugs when he crashed a 19-tonne semi-trailer into the officers, who had pulled over Porsche driver Richard Pusey on April 22, 2020.

The 48-year-old Singh was jailed in Victoria’s Supreme Court on Wednesday for 22 years, with a 18-year and six-month non-parole period.

Justice Paul Coghlan said the crash had “shocked the public conscience” and described footage of the incident as chilling.

“The grief of those close to the victims is profound and life-changing,” Justice Coghlan told the court.

“Such grief is heightened by the sudden and unnecessary nature of the deaths. We can only hope … as time goes by, some amelioration of their suffering can come about.”

Constable Prestney’s father read out a statement on behalf of the families of the four officers outside court.

Flanked by his wife Belinda and son Alex, Andrew Prestney thanked the first responders and the public at the scene for the “care and respect that was shown to our loved ones”.

“We share a history with them now and forever,” Mr Prestney said.

“Even though justice has now been served in relation to the actual collision, no amount of punishment can replace the loss of our loved ones and the missing place at our tables that will be felt by us for the rest of our lives.”

Mr Prestney also thanked the broader community for its “outpouring of love”.

“We are consoled by the fact that our four will not be forgotten as we continue to carry them in our hearts,” he said.

Singh had been using and trafficking drugs in the lead-up to the crash, and was “talking nonsense” about being chased by witches earlier that day.

He pleaded guilty to four counts of culpable driving causing death, three charges of drug trafficking and one of possessing drugs.

Constable King’s widow, Sharron MacKenzie, previously told the court her life had been reduced to an “ocean of tears and sleepless nights”.

“I still feel the devastation and absolute heartbreak when I told my children their father and hero would not be coming home,” she said.

“For the first time in my life I understood the feeling of choking pain – deep and utter despair.”

Senior Constable Taylor’s husband, Stuart Schulze, said he would never forget the “dreadful spectre” of three officers at his door that day.

It is the worst loss of life from a single event in Victoria Police history.