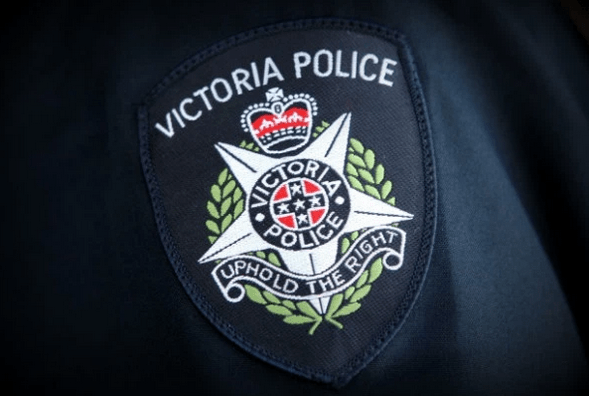 The patrol was stolen but later recovered and the alleged perpetrator taken into custody. Photo: AAP

Police officers were allegedly threatened at knifepoint and their patrol car was stolen during a pursuit of a man believed to have critically wounded another on Saturday night.

The 27-year-old man, who has now been arrested, crashed into a road barrier north of Melbourne while being pursued just after midnight.

Police say he “advanced on them with a knife”, prompting officers to retreat and the man to flee in their patrol car.

Ground units and the Air Wing took up the pursuit, and police say the car was travelling at “dangerous speeds’ before a low-speed collision with a number of cars near an intersection.

Still allegedly armed with a knife, the man fled on foot before a police car was used to knock him over.

He sustained minor injuries and was arrested.

It’s believed the same man was involved in an altercation between two men known to each other at a home in Kalkallo, north of Melbourne.
A 26-year-old man was left with life-threatening injuries after sustaining stab wounds and being struck by a car.

He was taken to hospital in a critical condition.

Police swept the area to locate the alleged offender before Highway Patrol officers found a vehicle of interest at about 12.30am.