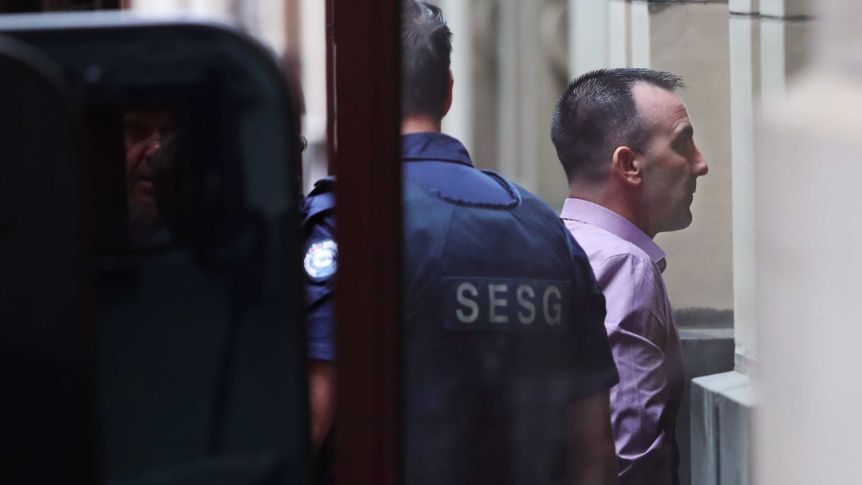 A man accused of the notorious murder of two police officers will have to continue the fight for his freedom from behind bars, after Victoria’s highest court knocked back his plea to be released on bail.

Jason Roberts, 40, has already spent more than half his life in prison over his alleged role in the killings of Sergeant Gary Silk and Senior Constable Rodney Miller in 1998, but still maintains his innocence.

Late last year, his convictions were overturned and a new trial was ordered after it was revealed that a key piece of evidence used to convict him was fabricated.

He applied for bail a short time later in the hopes of firming up his defence while in the community, but his request was knocked back by the Supreme Court which said that if he were to be found guilty again, he would have only served a “mere fraction” of his sentence.

Mr Roberts challenged the decision in Victoria’s Court of Appeal, but on Friday that was also knocked back.

“Put simply, he was in prison serving a sentence which was valid until it was set aside,” the justices said.

“At no point during the period after his conviction was he in custody awaiting trial. In no sense were the prosecuting authorities slow to bring him to trial.”

The slaying of the two police officers, which is known as the Silk-Miller murders, has been one of Victoria’s most well-documented crimes.

On August 16, 1998, Sergeant Silk and Senior Constable Miller were lying in wait for two unknown men who police believed were responsible for a series of armed robberies in Melbourne’s south-east.

Shortly after midnight, they pulled over a car outside the Silky Emperor Restaurant on Cochranes Road in Moorabbin, when they were shot and killed.

After a four-and-a-half-month trial, a jury convicted Mr Roberts and another man, Bandali Debs, over the murders of the two officers in 2002.

He was 17 at the time of the killings and was ordered to serve 35 years before he was eligible for parole.

He now admits he was committing the armed robberies.

Debs was sentenced to life in prison without parole, with the sentencing judge telling him: “Life means life.”

By 2005, Mr Roberts had already exhausted all his avenues for appeal, including in Australia’s High Court.

In 2019, Victoria’s Parliament passed a new law which allowed a second appeal if there was fresh and compelling evidence, a provision which Mr Roberts’s lawyers seized on.

A key piece of evidence used to convict the men was a collection of statements from police officers on the scene who heard Senior Constable Miller declare that two men were responsible for the shooting.

But in 2019, Victoria’s Independent Broad-based Anti-corruption Commission (IBAC) uncovered that one of those statements, prepared by Senior Constable Glenn Pullin, was made months – and not hours – after the shooting.

The statement was backdated, and did not explain that Senior Constable Pullin was not listening carefully to what later became known as the “dying declarations” of Senior Constable Miller, but was instead comforting him.

The discovery was significant because prosecutors relied on Senior Constable Pullin’s evidence to back the suggestion there were two offenders, and corroborate other police accounts.