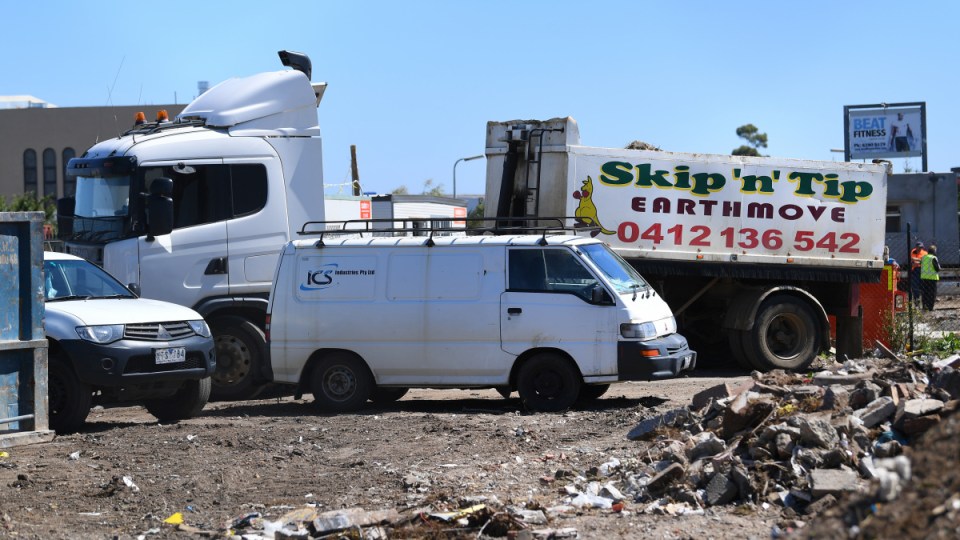 An 89-year-old great-grandfather accused of gunning down a man and putting him in hospital over illegal dumping at his junkyard has been granted bail.

Paolo Mannici, who takes more than a dozen pills a day, faced the Melbourne Magistrates’ Court on Friday morning over allegations he used a Beretta handgun to shoot the man leaving scrap at his Ravenhall business.

Mr Mannici, dressed in a white shirt and wearing blue disposable gloves, appeared from the Melbourne Assessment Prison, where he listened to the hearing with the help of an Italian interpreter.

His barrister, Tanya Skvortsova, said her client came to Australia 70 years ago and had no criminal convictions.

“He is the backbone of the family and the nonno to three kids, six grandkids and three great-grandkids,” Ms Skvortsova said.

“He has no criminal history for the better part of nine decades.”

But Magistrate Kieran Gilligan asked her why Mr Mannici, of Keilor East, had a handgun.

“I haven’t taken instructions on that,” Ms Skvortsova said.

“The context of the incident is important,” she said.

“There may have been a dispute previously but he’s produced the gun and shot the man,” the magistrate said.

Magistrate Gilligan ultimately granted Mr Mannici bail because of his age and the delay he faces due to the pandemic.

The court heard that in the lead-up to the shooting on Wednesday December 9, there had been an arrangement between Mr Mannici and his alleged victim over the dumping of material at the octogenarian’s junkyard.

Detective Senior Constable Simon McCloskey from Victoria Police’s armed crime squad told the magistrate that there had been a falling out between the two.

“The victim has refused to pay Mr Mannici … he has paid some but not all,” the police officer said.

About 8.20am, Mr Mannici is accused of approaching the man from behind with the handgun and shooting him in the arm before advancing on him.

The court heard the pair struggled and the gun went off, causing the man to be shot again, before Mr Mannici was overpowered and the gun was wrestled from his grips.

He was restrained by several witnesses.

The victim went to hospital where he remains after having surgery.

On Friday, the octogenarian’s barrister, Ms Skvortsova, told the court that in the lead-up to the incident Mr Mannici had complained to police about being assaulted by the alleged shooting victim.

She also told the court that Mr Mannici’s wife was entirely dependent on him and that he suffered from a variety of conditions, including a weak heart, back problems, stomach ulcers, vertigo and breathlessness.

“The poor victim’s obviously ended up being shot, the handgun that’s alleged to be used by the accused, pretty difficult to contemplate any other set of circumstances that are consistent with him shooting at this man in broad daylight in a public place,” he said.

As part of his bail conditions, Mr Mannici was ordered not to contact the alleged victim or go within 200 metres of him, and not to leave Victoria.