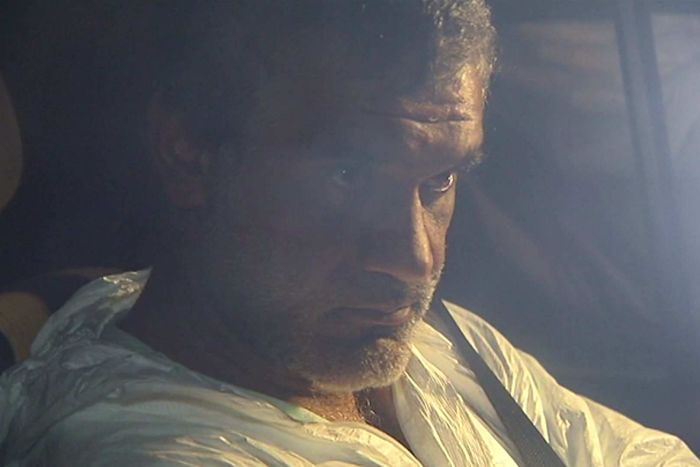 Mohinder Singh was advised to see a doctor the day before the crash. Photo: ABC

A Melbourne truck driver will admit he was to blame for a horror crash that killed four Victoria Police officers, a court has been told.

Mohinder Singh, 48, has indicated he will plead guilty to four charges of culpable driving causing the death of the officers during a routine traffic stop on Melbourne’s Eastern Freeway in April.

He was ready to admit his guilt on Thursday, but the case hit a procedural snag.

Leading Senior Constable Lynnette Taylor, Senior Constable Kevin King and constables Glen Humphris and Josh Prestney were killed when they were struck by Singh’s semi-trailer while impounding a Porsche.

It was the biggest loss of officer lives in a single incident in Victoria Police’s history.

His barrister Peter Morrissey SC said Singh would plead guilty to the remaining 10 charges, including four of culpable driving, trafficking of methamphetamine and cannabis, and dealing with proceeds of crime.

The plea was a very desirable outcome for the families of the police officers, and for Mr Singh, he said.

Prosecutors sought, and defence agreed, to have Singh sentenced in Victoria’s Supreme Court, rather than the County Court as would usually occur.

But that must be approved by the Supreme Court before a pre-sentence hearing can be scheduled.

Approval takes up to two weeks, meaning Thursday’s planned plea could not go ahead.

Prosecutor Jason Ong tried to speed up the process by putting in calls to the court during the proceeding, but it couldn’t be done.

Magistrate Tara Hartnett rescheduled the matter to December 3, to give time for the approval to be granted.

After his first court appearance in the days after the crash, lawyer Steven Pica said Singh was “distressed and saddened” at his actions.