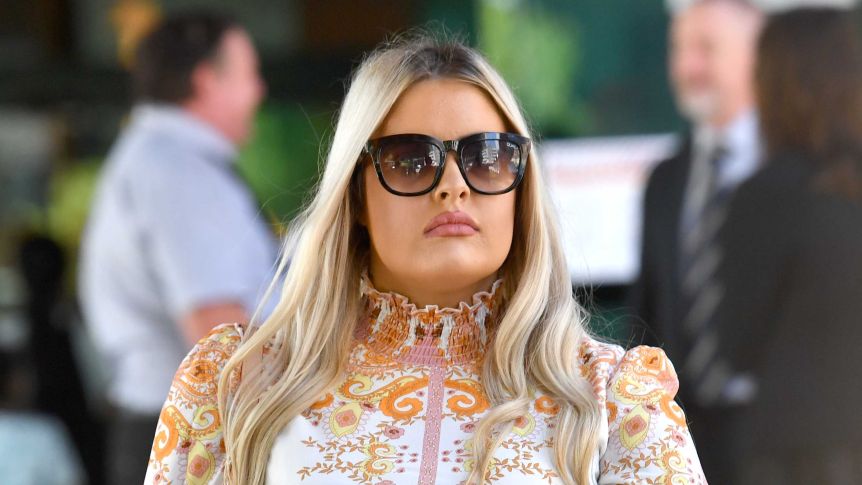 An 18-year-old woman accused of circulating an explicit video of Brisbane Broncos player Kotoni Staggs has been fined $600.

McKenzie Robinson pleaded guilty in the Brisbane Magistrates Court on Friday to one count of distributing a prohibited visual recording after the footage was released online without the 21-year-old player’s consent.

The court heard the pair met on Instagram in June and agreed to meet at Ms Robinson’s home.

The court was told Staggs and Ms Robinson had consensual sex and both consented to recording the act provided it stayed between the pair.

Ms Robinson’s lawyer Jason Jacobson said his client was shocked to see the private video had been shared.

“She has learned a harsh lesson that these things are not to be distributed at all,” he said.

Magistrate Tina Previtera said there was evidence Ms Robinson did not mean for the video to be “widely” circulated.

“The evidence before the court supports that this person to whom you sent the recording, was the person who distributed it more widely,” she said.

“I’m satisfied there is no evidence of intentional or spiteful behaviour on your part to cause the victim the damage that has been caused.

“I do hope this is a lesson to you and all other people involved in this kind of behaviour on social media, that it is highly destructive.

“This recording is derogatory of more than just the victim.”

The court heard the woman was not trying to “seek out” Staggs and was not aware he was a professional football player when she first messaged him on the social media platform calling him “cute”.

The court heard the video gathered “domestic and international attention” and caused Staggs “personal and professional embarrassment” and “ongoing harassment”.

The court also heard Ms Robinson had copped “backlash” since being charged over the matter and had also offered an apology to the player.

When sentencing Ms Robinson, Magistrate Previtera said she took into consideration her early plea, her lack of criminal history and her young age.